Protester at Gov. DeSantis briefing: 'We need to hold these folks accountable' 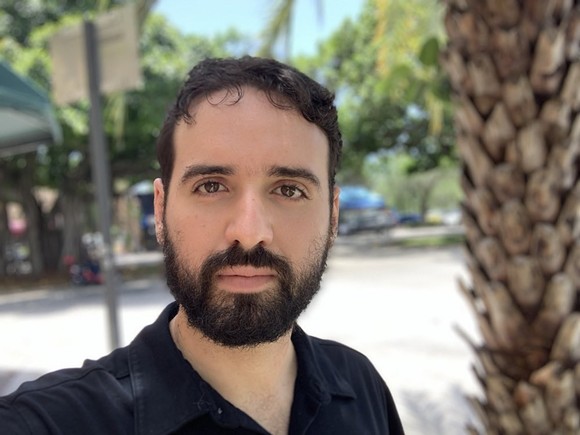 Before it happened again today in Orlando, the protester at a June 13 news conference who shouted and called for the resignation of Gov. Ron DeSantis over his handling of the pandemic said he would do it again.

Thomas Kennedy, a longtime Miami-Dade advocate for undocumented immigrants, admitted he's no fan of DeSantis, but speaking on "The Rotunda Podcast," Kennedy said he's frustrated to see Florida's death toll is now over 5,000. And he said he thinks the governor is more focused on trying to project a positive image, with misleading information.

"You know, 5,000 people have died and the administration is reacting the way they are, you know? And so many people are having a bad time," Kennedy said. "Yeah, like, we need to hold these folks accountable; they work for us, you know? So, I hope more people do it, right? I'd do it again."


"They work for us, you know? So, I hope more people do it, right? I'd do it again." tweet this
During the news briefing, DeSantis asked the public to wear face masks and practice social distancing. But he stopped short of a statewide mandate as he continues to downplay impact of the virus.

Kennedy, who is also the Florida coordinator of United We Dream, the largest immigrant youth-led network in the country, said he feels as many people do – that they are not being heard.

"We have our First Amendment right under the Constitution," he said. "We should challenge people in power, we should challenge elected officials, right? They are not there to elevate themselves and their political careers."

Now, Kennedy is continuing to exercise his right – this time, to his growing social media base. He had around 24,000 followers at the time of the news conference. That number has now swollen to more than 35,000.

I just interrupted a press conference in Miami-Dade to let governor @RonDeSantisFL and @MayorGimenez know they are an embarrassment to FL and that their incompetence and lack of planning has resulted in the current public health crisis.

4,381 people have died so far in FL pic.twitter.com/q6SozHfT8o