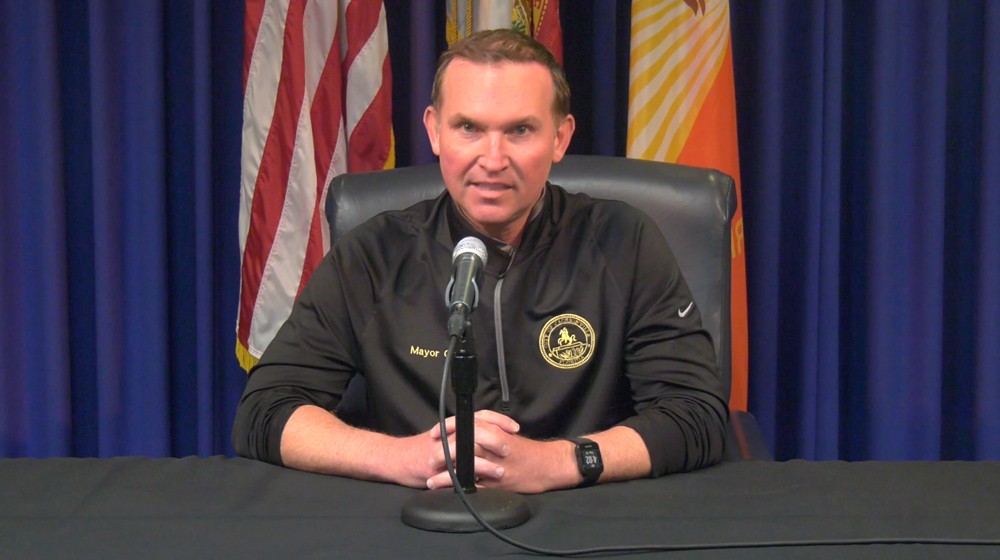 Jacksonville Mayor Lenny Curry said Tuesday he’s working to ensure law enforcement will have the resources needed for the Republican National Convention, while agreeing with the sheriff that security plans now in place aren’t adequate.

Curry said “nothing” Jacksonville Sheriff Mike Williams conveyed Monday about a lack of preparedness was a surprise. But discussions have not been held about federal law enforcement in the city during the convention, which is just over a month away.

“He (Williams) knows what he's talking about, clearly. So, the position that he takes that we're not prepared for this right now, yes, I agree with him,” Curry told reporters Tuesday during an online call. “However, he also has communicated that he's continuing to work with the planners to configure this in a way that’s safe and to get the resources that he needs.”

Asked if he would call off the convention if the sheriff is unable to safely police the event, Curry replied that “any event, anything that we put on in the city of Jacksonville, I have to have my sheriff telling me that it can be done. That he has the resources that he needs, and it can be done in a safe and responsible way.”

Williams, who did not take part in the Zoom conference call on Tuesday, told reporters Monday afternoon he didn’t believe his agency could keep the city safe with the short turnaround time after the convention was moved last month from Charlotte, N.C.

"Where we are today is we can't support this plan." tweet this
The Florida Times-Union reported Williams said only “bits and pieces” of a plan were set, with concerns about having resources that would extend from the convention to anticipated protests “outside the perimeter.”

Williams and Curry are Republicans.

Jordan Ellsbury, Curry’s chief of staff, said the city remains in daily conversations with the U.S. Department of Justice awaiting approval of a federal security grant of $33 million to $35 million.

“It's just a matter of days at this point,” Ellsbury said.

In the conference call, Undersheriff Pat Ivey said authorities have been in discussion with law enforcement from Charlotte and Tampa, which hosted the 2012 Republican convention. This year’s four-day event, which will culminate with President Donald Trump accepting the party’s nomination on Aug. 27, is bigger than a typical Jacksonville Jaguars game.

“This is a much bigger animal than I think, with the details, than most people want to realize,” Ivey said. “The reality is there's a timeline. That is why there has been about an 18-month timeline historically, again, with every entity that's ever had to deal with these.”

Republican leaders last month decided to move key parts of the convention from Charlotte to Jacksonville after Trump expressed displeasure that North Carolina Gov. Roy Cooper, a Democrat, was "unable to guarantee" that coronavirus social-distancing requirements would be lifted before the event.

Last week, the Jacksonville host committee scaled backed the size of the event due to the ongoing coronavirus pandemic, while announcing that indoor and outdoor facilities would be used for various daytime and nightly primetime events.

Only regular delegates will be allowed to attend the first three days of the convention because of the coronavirus, while they will be able to bring guests to hear Trump publicly accept the party’s nomination. Alternate delegates will also get access to Trump’s speech.

Curry acknowledged that while he hasn’t seen updated financial models, the regional economic impact will be less than an initial projection of $100 million.

“Those original assumptions were based on a convention as we've known it over the years, others that have been hosted,” Curry said. “So, I think it's clear that there wouldn't be that kind of economic activity with a scale-back. However, it's also clear that businesses would experience success because of this. Hotel rooms will fill up. So, there would be positive economic impact on the local economy and all local businesses.”