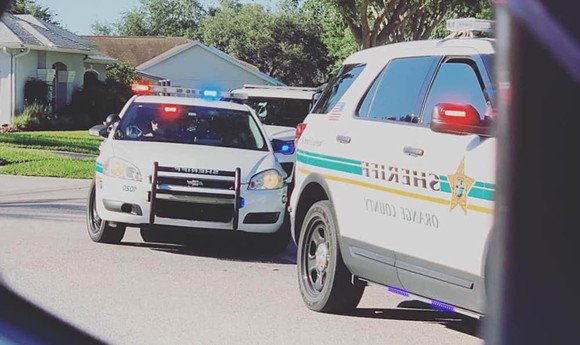 Community coalition #OurBudgetOurBlock on Thursday called on Orange County government to rescind a proposed $15 million increase for the Orange County Sheriff's Office in next year's budget.

This grass-roots organizers sent a letter to Orange County Mayor Jerry Demings asking him to reject the $15 million in additional funding to OSCO and instead redirect these funds toward more community-based initiatives, and to recognize systemic racism as a public health crisis.

Over 50 activists and concerned citizens co-signed this letter, which presents alternative options for use of the millions in question including direct rental assistance, community-led approaches to public safety and "programs that nurture community."

“Our community was tear-gassed – our country is speaking out – we will not stand by and watch our dollars pour into upholding systems of white supremacy,” said coalition member Va Maxwell Frost in a press release. “We believe the request for a $15 million increase for the Orange County Sheriff's Office further disenfranchises the Black community and we call on the Mayor to meet with us and commit to these actions.”

"Mayor Demings, even after weeks of protests, not only do we believe that you have dismissed our collective demands, we find that you are actively working to achieve the complete opposite." tweet this
The majority, if not the entirety, of these local activists were involved in the peaceful Black Lives Matter protests in Orange County following the killing of George Floyd by Minneapolis police officers in May. For months, they have been calling for policing to be defunded in Orange County and Orlando, and are now reaching out to the Mayor directly in hopes the money is reapportioned and issues of systemic racism and police violence are addressed adequately.

The authors of the letter requested a virtual meeting with Mayor Demings to further discuss their proposals and demands, and further announced a series of protests and demonstrations to highlight these concerns and demands, starting on Friday and continuing daily through Tuesday, July 28.
"We have an opportunity to be on the right side of history as we work towards a more equitable Orange County," concludes their letter, "a County that works to achieve true freedom and liberation. We hope you can join us to protect our budget, moreover, our block."

Read the full text of the letter here.