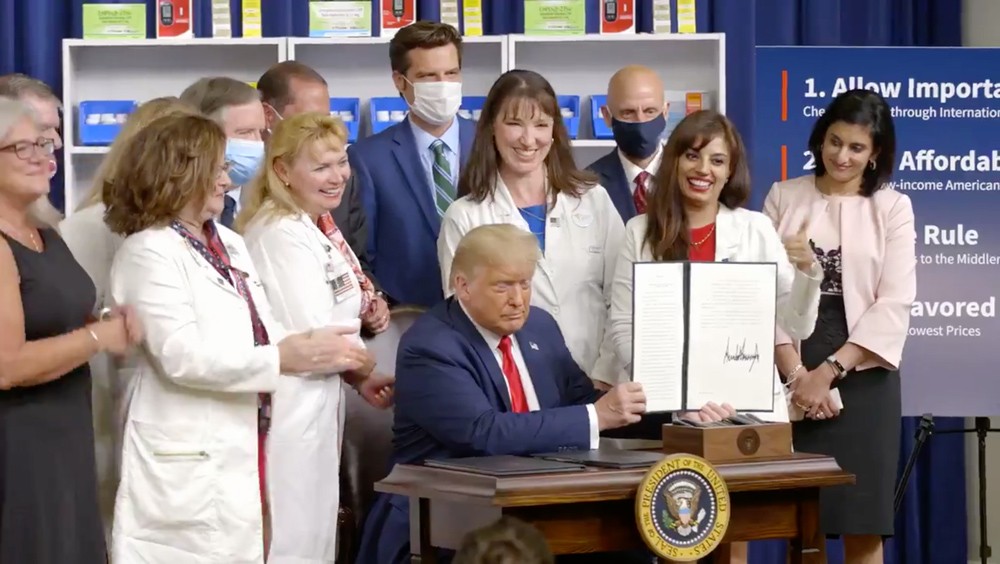 President Donald Trump on Friday signed four executive orders designed to reduce prescription-drug prices, including one aimed at allowing drug importation from Canada and other countries.

The Florida Legislature in 2019 passed a law aimed at importing cheaper drugs from Canada, but it has not been implemented because it also required federal approval, including the passage of federal rules. The first draft of those rules was released a year ago.

In a note to House members Friday evening, Oliva called the executive orders "historic" and said one was inspired by the Florida law.

It was not clear, however, how the executive orders — which were not immediately released — would speed up the federal approval process for the Florida program. tweet this
"Never in my time — nor in recent memory —has a piece of our legislation led to such prominent action by a sitting president," Oliva wrote.

It was not clear, however, how the executive orders — which were not immediately released — would speed up the federal approval process for the Florida program. Florida Democratic Party Chairwoman Terrie Rizzo said the orders wouldn’t accomplish much.

“We need more than a staged ceremony at the White House — we need a president willing to roll up his sleeves and get the job done,” she said in a prepared statement. But in brief remarks at the ceremony, DeSantis praised Trump for being “laser focused” on drug prices.

“When Florida moved forward, we knew we had your support,” the Republican governor said.

DeSantis and Trump in the past have touted the potential importation of drugs from Canada. Trump praised the idea during a stop in October 2019 in The Villages, a massive Central Florida retirement community. Oliva, R-Miami Lakes, spearheaded efforts to pass the drug-importation bill in the Legislature last year, and lawmakers followed up this year by setting aside $10.3 million in the budget to help carry out the importation program.