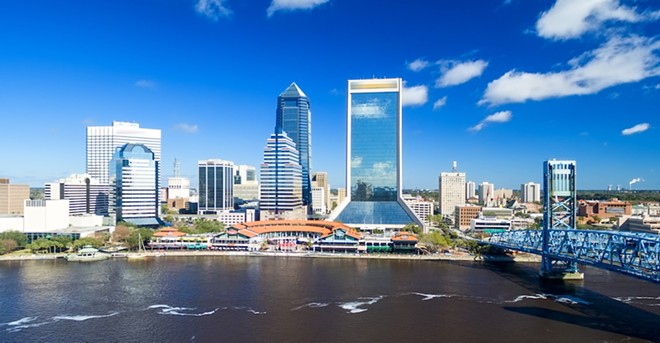 Some say President Donald Trump's decision to cancel the Republican National Convention in Jacksonville is a sign he's starting to come to terms withb the seriousness of the pandemic.

Holding the convention in Jacksonville would require Florida Gov. Ron DeSantis to lift his executive order requiring big sports venues to operate at no more than 50 percent capacity, all while COVID-19 cases and deaths continue to rise in the Sunshine State. Speaking on The Rotunda Podcast, Florida Congressman Al Lawson, whose district includes Jacksonville, said it was clear the president couldn't ensure the safety and security of convention goers.

"Sheriff (Mike) Williams, they were not prepared for all of the people that would be coming into Jacksonville and how they're going to handle the crowds and so forth," Lawson said. "So finally the sheriff pretty much said we're not capable of doing this."

"So finally the sheriff pretty much said we're not capable of doing this." tweet this
Jacksonville's Republican Mayor Lenny Curry agreed his city was not ready, but he's facing criticism for leaving the decision to cancel up to Trump, instead of making the call himself.

Lawson said America is where it is today because Trump didn't take the virus seriously enough to properly prepare.

"He felt it was kind of like the flu, it would go away when it got warmer. You know, 'the virus will die,'" Lawson said. "And all of that was incorrect, and I think only this week has be begun to kind of look at things the way they are going."

Republicans, particularly donors, are mixed on Trump's decision to cancel an in-person convention. Some wonder if they will get a refund on their donations.

Meanwhile the president's team reportedly is scrambling to reimagine the convention, as a virtual one, scheduled for the end of August.