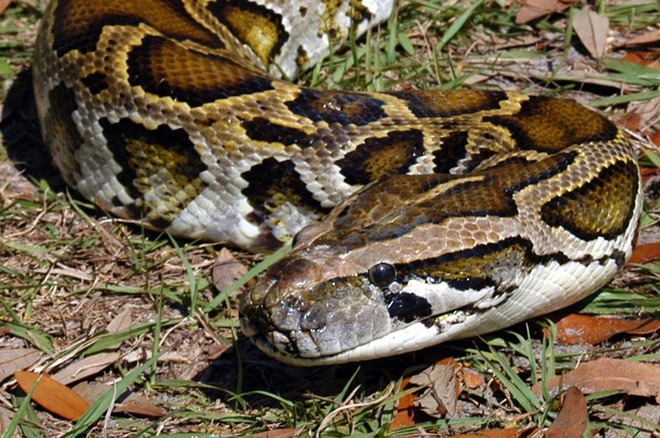 The Florida Fish and Wildlife Conservation Commission announced Tuesday a “milestone” in its effort to restore the Florida Everglades ecosystem: the removal of 5,000 invasive Burmese pythons.

The FWC and the South Florida Water Management District were able to remove the longtime invaders of Florida ecosystems through the organizations’ Python Action Team and Python Elimination Program, according to a press release. Because the animals are considered a danger to the South Florida natural environment, the FWC encourages people to remove and humanely kill pythons year-round, with no permit or hunting license required.

“Another win for the Everglades, SFWMD Governing Board Member “Alligator Ron” Bergeron said. “This is what agencies like the South Florida Water Management District and the FWC, focused and working together, can accomplish. Every snake counts. Each invasive python eliminated represents hundreds of native Florida wildlife saved. With Gov. DeSantis’ continued leadership, Florida is doing more than it ever has to remove pythons from the Everglades and protect this ecosystem for generations to come.”

Each invasive python eliminated represents hundreds of native Florida wildlife saved. tweet this
Officials believe Burmese pythons were likely first introduced into South Florida in high numbers during the extoic pet trade boom of the 1980s. Many were later released into the wild due to their large size and have since greatly decimated the Everglades’ small- and medium-sized mammal population.

While it is illegal to release pythons—and all nonnative animals—into the wild, the FWC’s Exotic Pet Amnesty Program allows pet owners to surrender exotic pets without penalty.

The public is encouraged to help control invasive populations by reporting sightings to the FWC’s Exotic Species Hotline at (888) 483-4681 or online at IveGot1.org.

Last month, a South Florida python hunter caught—and was bitten by—a 17-foot-long and about 140-lb snake in the Everglades. The largest python captured in Florida was 18 feet, 8 inches long, according to the FWC.