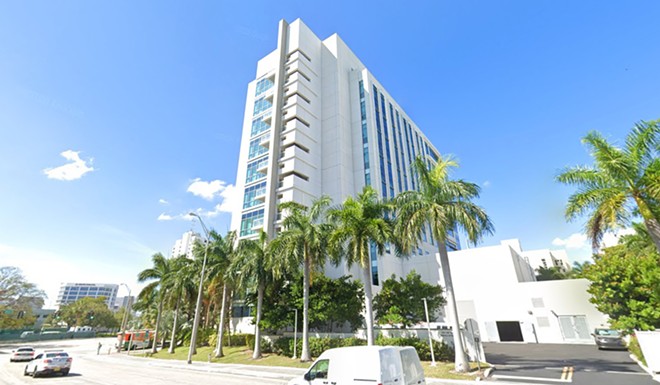 Congress, in response to the coronavirus pandemic, set aside $13 billion to help safety-net hospitals that treat a majority of poor, elderly and disabled patients.

But some of Florida’s largest safety-net hospitals — including Jackson Memorial in Miami — didn’t qualify for the funding included in a federal-stimulus bill known as the CARES Act, while seeing their finances deteriorate as they shifted from providing “elective” surgeries and procedures to dealing with coronavirus cases.

The reason for not qualifying? A requirement that safety-net hospitals had no more than 3 percent profit margins in 2018, a figure that hospital officials say was gleaned from Medicare cost reports and unaudited worksheets that accompany those reports.

All hospitals are required to file the cost reports, which helped the Trump administration distribute the funds quickly. It was the use of unaudited data from the accompanying worksheets that bedeviled Florida safety-net hospitals.

Mark Knight, chief financial officer of Jackson Health System, said $105 million in bond revenue the facility received from Miami-Dade County in 2018 for capital improvements was included in the calculations. Taxpayers agreed to the improvements.

“It has nothing to do with how many patients we see or how well manage our expenses,” Knight said. “But that’s how the county gets us our funding to pay for that capital. So it is artificially inflating our bottom line or net income line.”

"I still need the $50 million to solve the past, and I need somebody to help me figure out how to go forward." tweet this
Knight said including the $105 million in revenue pushed Jackson’s profitability to 3.7 percent.

“Because of the tax funds, we are excluded (from the federal funding),” he said. “Not because we really exceed 3 percent of profitability, but an accounting treatment is distorting our results.”

Payments for safety-net hospitals that were eligible ranged from $5 million to $50 million. Knight said Jackson would have been below the 3 percent cap and eligible for a full $50 million if the bond revenue had not been included.

While it didn’t qualify for the safety-net funding, Jackson has received about $100 million in other CARES Act funding for hospitals.

After the coronavirus pandemic began, hospitals halted many types of surgeries and procedures to ensure that they would have space and equipment to treat patients with COVID-19, the respiratory disease caused by the coronavirus. Such types of so-called elective surgeries and procedures often are profitable for hospitals, so stopping them hurt the facilities’ finances.

Many of the procedures resumed in May, though hospitals have again had to deal with a surge in coronavirus cases in June and July.

UF Health Shands Hospital in Gainesville also missed out on about $50 million in federal money for safety-net facilities because it had a 3.2 percent profit margin, CEO Ed Jimenez said. What tripped the facility up was an inability to write off $68 million to the University of Florida.

Jimenez said the hospital’s profit margin for 2018 was actually 1.7 percent when calculated using accounting standards that are widely used by governmental agencies such as his facility.

The $50 million in federal money he said, would nearly cover a hole in operating funds that has been mostly caused by the shutdown of elective services in March.

Jimenez said he has pleaded his case to the federal bureaucracy, but to no avail.

“I will tell you in true honesty, there are a lot of sympathetic people, but the administrative types in D.C. don't have a way to solve my problem,” Jimenez said. “I need somebody at the highest administrative channel or the Legislature to help it out.”

As of Thursday, UF Health Shands had 86 patients with coronavirus infections at its Gainesville facility.

Jimenez said the hospital hasn’t stopped offering scheduled inpatient surgeries to state residents, but it has stopped accepting referrals for patients from outside the state, a move to conserve staff while still fulfilling the facility’s mission to taxpayers.

He estimated that revenue for July is stable but that personal protective equipment and overtime costs for nursing care for the swelling numbers of COVID-19 patients have increased his expenses.

“I still need the $50 million to solve the past, and I need somebody to help me figure out how to go forward. I don’t want to sound like I am crying poverty, per se. I am just crying equality,” Jimenez said. “If the federal system gave money to other hospitals in my situation, I just want my fair share. So I am not asking for something special. If they are going to give money to others, I’d like to know why not me?”

The Safety Net Hospital Alliance of Florida, an industry group, represents 14 hospital systems across the state that include public, children’s and teaching hospitals that serve large numbers of low-income and uninsured patients. Justin Senior, the organization’s chief executive, said that half of his member hospitals didn’t qualify for the CARES Act money meant for safety-net hospitals because of accounting issues.

“Those types of things really came up and bit our members. And I have to say, most of our members, 25 percent or more of the patients who come through their door are Medicaid. They are undeniably safety-net hospitals,” Senior said. The profit cap “seemed like it was a hypertechnical trap.”

Unspent CARES Act funding remains to be allocated, and Senior’s group is working to get the 3 percent cap removed.

But Senior also is working to increase money for all Florida hospitals as Congress works on a funding package. The Republican-controlled Senate has proposed spending an additional $25 billion on hospital funding, while a plan unveiled by the Democratic-controlled House would appropriate $100 billion.