Battle between state and Florida's largest teachers union intensifies, as school openings near 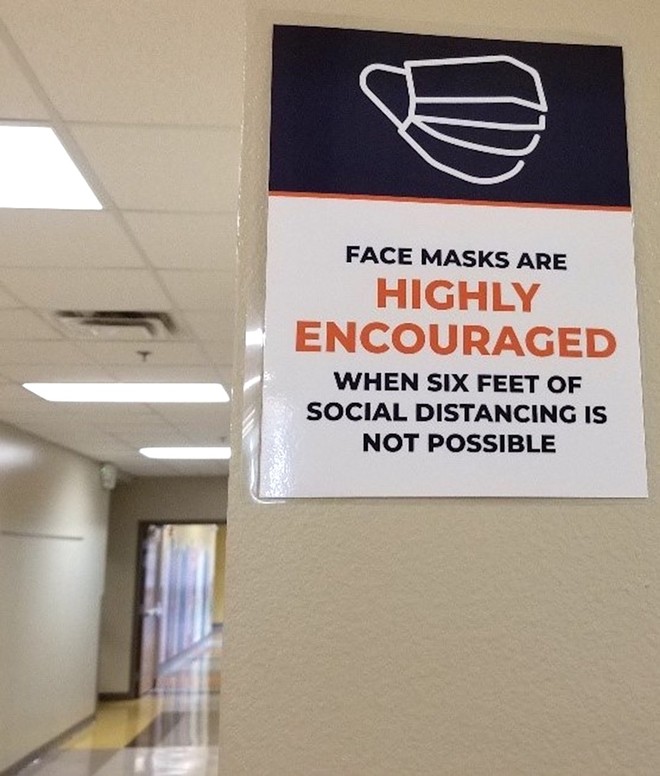 With some students set to return to classrooms on Monday, state officials and Florida’s largest teachers union are locked in a legal battle over an order requiring schools to reopen this month amid the COVID-19 pandemic.

The Florida Education Association last month filed a lawsuit against Gov. Ron DeSantis, Education Commissioner Richard Corcoran and other defendants, alleging that a July 6 order issued by Corcoran violates the state Constitution, which guarantees Floridians the right to “safe” and “secure” public education.

But the governor and Corcoran this week asked a Miami-Dade County circuit judge to toss out the lawsuit, calling it a “misguided effort to obtain a judicial mandate that forbids any school in the state from providing in-person instruction to any student.”

“The circumstances that brought us here today are dramatic, tragic, and well known to all of us,” Kenneth Coffey, a lawyer who represents the teachers union, told Circuit Judge Spencer Eig during an online hearing Wednesday.

The union on Tuesday filed a motion asking Eig to issue a temporary injunction “to stop the reopening of schools until it is safe to do so.”

The legal wrangling over reopening schools comes as COVID-19 cases and deaths related to the coronavirus continue to climb throughout the state, a point emphasized by Coffey.

The lawyer noted that state health officials on Wednesday reported that Florida has had more than 500,000 COVID-19 cases and more than 7,600 deaths related to the virus. Miami-Dade County has recorded more than 125,000 cases. Miami-Dade Mayor Carlos Gimenez is one of the defendants in the lawsuit.

"These are life-and-death, no-do-over decisions." tweet this
“So we all know that this is very, very serious and of course these numbers vastly exceed” the numbers at the time Corcoran issued his order in early July, Coffey said.

“We believe that human safety is the ultimate imperative,” he argued, adding that the education commissioner’s order “does not sufficiently take account of the safety that is the constitutional right of every student in Florida.”

Wednesday’s hearing was focused on setting up a schedule in the case, which the teachers union is trying to speed up since some schools districts are slated to reopen on Monday.

Some educators and other school staff members are “making irrevocable decisions to retire” early and give up additional benefits rather than risk exposure to the highly contagious disease, FEA lawyer Mark Richard told Eig.

Schools throughout the state shut down campuses in March because of the coronavirus, with students switching to online learning.

As the virus has continued to spike throughout Florida in recent weeks, DeSantis has repeatedly said that families need to be able to choose whether to have their children return to classrooms or continue to learn from home.

DeSantis acknowledged Tuesday that some parents may not be comfortable having their children go back to school.

“It’s a difficult time. We understand that, and we want to empower the parents. But I would rather have the opt-out available than to deny all the kids the ability for in-class instruction,” the governor told reporters at a news conference in Jacksonville.

In a state motion filed Monday to dismiss the lawsuit, lawyers for DeSantis, Corcoran and the Florida Board of Education argued that Corcoran’s order doesn’t force schools to reopen.

“The emergency order does not mandate that all students and teachers return to school in person in August,” the state’s lawyers wrote.

Corcoran’s directive “contains no absolute, state-wide mandate requiring in-person classes without regard to health or safety,” the lawyers argued.

“It is a lawful and reasonable exercise of executive discretion that provides a flexible approach to school reopening and funding that incentivizes districts to carefully consider the needs of all students, parents, and staff,” they added.

A dozen school districts are opening next week, with six opening Monday. Other districts have pushed back reopening dates to the end of the month.

“But that is a reprieve. It is a two-month reprieve, and it is certainly not a long-term safety solution,” he said.

The state’s lawyers are also asking that the case be moved to Leon County circuit court, where most state government-related challenges are considered.

Eig scheduled a hearing at 11 a.m. Thursday on the venue issue.

The fight over where the case should be handled could leave the legal challenge dangling while teachers, students and school workers return to campuses.

Angel Cortiñas, an attorney with the Gunster law firm who represents the state, told Eig on Wednesday that DeSantis and the other state defendants plan to appeal if the judge doesn’t agree to move the case to Leon County. The Florida officials intend to invoke their right to an automatic stay in the case while such an appeal would be pending, Cortiñas said.

Transferring the case to Tallahassee could also take more time, while a new judge is assigned and hearings are scheduled.

“We would think the courts and the governor and the commissioner of education would like our day in court, so these teachers and parents can get at least the direction of where we’re heading,” Richard said.