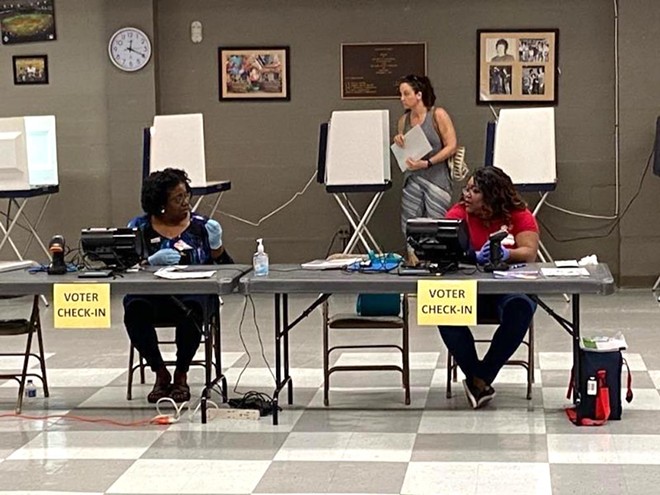 The non-profit group Integrity Florida released an analysis of changes made after the troubled 2018 elections and suggested the coronavirus pandemic will require going to a universal process in which ballots would be mailed to all voters, with some in-person voting statewide or at the county level.

Ben Wilcox, research director for Integrity Florida, said he anticipates Republican legislative leaders might be more open to the proposals after the 2020 elections, as some Western states are using universal voting and others are using it on local levels.

“I think people are going to be more open to going to universal mail balloting once this election is over and we see how successful it has been,” Wilcox said. “We just don’t know what’s going to happen with this pandemic. And if it continues to be a threat to people’s health to show up in person, I think that more and more states are going to be looking at mail-in-balloting as the way to go.”

Florida is one of 29 states where voters can request mail-in-ballots without having to offer reasons to vote from home.

Despite repeated assertions of election fraud from Trump, Wilcox said the group’s research found that voting by mail doesn’t help any political party and has increased voter turnout and that “voter fraud in general is exceedingly rare.”

Florida is one of 29 states where voters can request mail-in-ballots without having to offer reasons to vote from home. tweet this
Other suggestions from the Integrity Florida report include the state pre-paying postage for mail-in ballots to increase voter turnout and providing more flexibility over early voting and polling place locations.

Meanwhile, Wilcox said he isn’t sure how seriously people are taking Trump’s tweets regarding vote-by-mail elections.

“I did agree with President Trump that Florida's vote-by-mail program has, at this point, been refined over the years to where you can do things like go online and check to make sure that your ballot proceeds and your vote has been counted,” Wilcox said. “There's just a lot of safeguards that are built in.”

But on Tuesday, he lent support to Florida’s mail-in-ballot process. Following a mid-day tweet on the topic, Trump in a news conference pointed to Republican leadership in Florida under Gov. Ron DeSantis and former Gov. Rick Scott.

“Over a long period of time, they’ve been able to get the absentee ballots done extremely professionally,” Trump said. “Florida is different from other states.”

“Florida has been working on this for years, and they have a very good system of mail-in and that would be absentee or even beyond absentee,” Trump continued. “In the case of Florida, there aren’t too many people who would qualify. They’re so well-run. Florida is a very well-run state. Low taxes. Low everything. They’ve done a great job.”

Republican Party of Florida Chairman Joe Gruters, a state senator from Sarasota, responded to Trump on Tuesday with a tweet saying, “Thank you for the clarification Mr. President! This is very helpful. Florida will deliver you the 29 electoral votes!”

With 4.1 million mail-in-ballots sent out for the Aug. 18 primary elections, registered Democrats had returned 589,509 and Republicans had returned 447,173 as of Wednesday morning.

Floridians had also cast 37,234 ballots at early voting locations that opened in many counties Monday. Democrats accounted for 17,582 of the early voting ballots, while Republicans made up 17,430.

Florida in 2002 first authorized no-excuse absentee voting, which does not require voters to declare reasons to receive ballots. In 2016, state lawmakers switched the name of absentee ballots to "vote-by-mail" ballots.

Wilcox noted that after the 2018 elections, when counting ran late in Palm Beach and Broward counties, lawmakers enacted a number of changes, including allowing county election supervisors to notify voters to correct disqualified signatures.

But concerns remain, according to Wilcox.

“We found research that indicates minorities, young people, first-time voters and voters with disabilities are most likely to have their ballots rejected because of non-matching signatures or other defects,” Wilcox said. “There are also recent concerns that have been raised about the post office and whether budget cuts will undermine them, its ability to deliver ballots on time for the November election.”