Orlando City ready to win it all, at MLS Is Back tournament 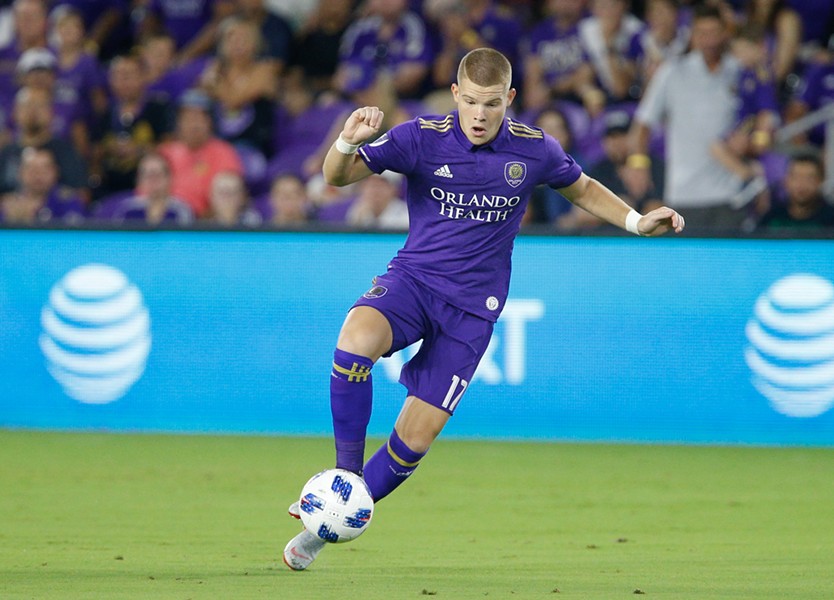 Orlando City has finally given its devotees and supporters something to believe in during the "MLS Is Back" tournament, going on now at Disney's Wide World of Sports complex in Lake Buena Vista.

Today, Orlando City will take on Minnesota United in the semifinal of the tournament, after having beaten 2019 Supporter's Shield winner LAFC last Friday.

The Lions have had a difficult run of their expansion into MLS: Immense pressure from the enthusiastic fan base after winning two USL championships (2011 and 2013), compounded by ownership impatience that led to the, arguably, premature firing of longtime coach Adrian Heath, with whom the club had seen the most success. The pressure mounted with the entrance of flashier teams like Atlanta United (2017) and LAFC (2018), which saw success almost instantly.

After Heath's sacking, the team continued to struggle under head coach Jason Kreis who inherited a team built around one superstar player — Kaka — and couldn't execute a winning style of play. During the first year of expansion, ownership placed all their eggs in Kaka's basket, leaving little money for quality supporting players.

Consistent failure to finish in the attacking third under City's next manager, James O'Connor, leaking goals left and right (letting in an astonishing 74 goals during the 2018 season — worst in the league), key players like Dom Dwyer plagued by injury — it's been a tough time to love the Lions.

If Orlando City wins today, we have a chance to take the whole thing at the final against the Portland Timbers on Tuesday. tweet this
MLS commish Don Garber developed the "MLS Is Back" tournament to get teams back to full fitness after COVID-19 benched the league for about three and a half months this season.

Orlando City has played well, with Nani leveling up (while he missed the in-game penalty kick, he ended up scoring the game-winner in penalties against LAFC) supported by his teammates like Tesho Akindele and Chris Mueller, who has scored three in-play goals. The team is confident, playing as a unit and are much tighter defensively.

Their win against LAFC gave the Lions straight-up bragging rights. Joao Moutinho, who previously played for LAFC before being traded to Orlando City, had a chip on his shoulder, scoring the game-tieing goal in the 90th minute. The win is a big deal for OCSC, considering how much success LAFC has seen in their short history.

Today's game against Minnesota United should be an interesting and challenging one. Former Orlando City coach Adrian Heath now helms the St. Paul-based team, so there's plenty of bad blood, and the Loons will be looking to dismantle City from the start.

But Colombian-born manager Pareja, who formerly coached FC Dallas from 2014-2018 to a U.S. Open Cup championship, Supporter's Shield and was MLS Coach of the Year in 2016, has his finger on the pulse.

Now, the team has the confidence to win and the supporters are behind them.  If you've seen the videos of the Orlando City supporters celebrating the LAFC win, you'd think we'd just won the World Cup Final.

Even if City loses tomorrow, the team is still in the top four in the tournament out of 24 teams that competed (FC Dallas and Nashville FC forfeited participation due to player COVID-19 infections).

If we win, we have a chance to take the whole thing at the final against the Portland Timbers on Tuesday, Aug. 11. The team will not only gain renewed confidence going into the season (purportedly to restart in late August), and a berth in the CONCACAF Champions League for the first time in franchise history.

Watch Orlando City take on Minnesota United in the "MLS Is Back" tournament on Thursday at 8 p.m. on ESPN2/Deportes.