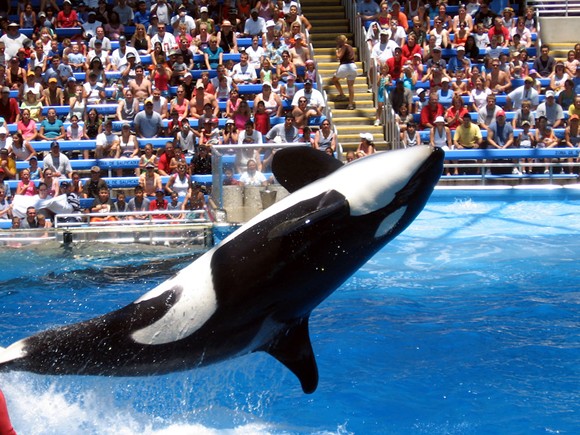 SeaWorld Entertainment, Inc. announced Monday the company had a net loss of $131 million in the second quarter of 2020, compared to the same three-month period last year.

Total revenue in the same three-month period dropped to just $18 million between 2019 and 2020, as only 300,000 visitors showed up, compared to last year's 6.2 million in the second quarter.

Seven of the company's parks were open for 98 operating days, compared to all twelve parks open for 861 operating days in the second quarter of 2019.

Shares of the company were trading more then 3 percent lower before markets opened on Monday, as the decline in revenue was even lower than had been predicted. Food and merchandise sales barely made a dent in the losses, as the company attributed $3.9 million to reopening costs alone.

The company's second-quarter report also said the company's cash and cash equivalents balance was approximately $376 million at the end of June, compared to $565 million the company said it would have had, were it not for the pandemic.

"The company's net cash outflow is $12 million per month," says the report.

"I am extremely proud of our team's performance during this unprecedented and challenging time," wrote Marc Swanson, SeaWorld's interim CEO. "Our business model is flexible and resilient; while the future remains uncertain today, we feel very well positioned – with the right assets, team, balance sheet/liquidity - to navigate through this storm and emerge an even stronger and more profitable business."

This is Swanson's second turn as interim CEO within one year. On Sept. 16, 2019, then-CFO Swanson was named interim CEO after Gus Antorcha resigned. Then on April 6, Swanson returned after Sergio Rivera resigned.

SeaWorld furloughed more than 90 percent of its workforce on April 1, after closing on March 15, as coronavirus cases made it impossible to remain open. SeaWorld, Aquatica and Discovery Cove in Orlando reopened on June 11 to limited-capacity crowds.

According to a SeaWorld news release, attendance at parks that have been open for at least 30 days has increased 15 percent between June 28 and Aug. 2. The company also notes it "helped rescue over 430 animals and surpassed 37,200 total rescues over its history," during the same quarter.