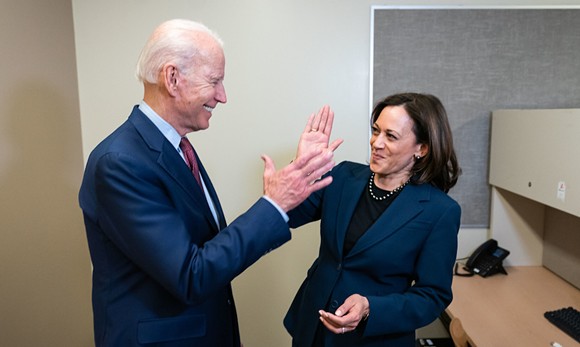 Harris, a graduate of Howard University and University of California, Hastings, has been one of California's two U.S. senators since 2017, after serving as the first Black woman to be elected California Attorney General in 2010. Her first elected role was a District Attorney of San Francisco, beginning in 2004.

"Joe Biden can unify the American people because he's spent his life fighting for us," tweeted Harris after the news. "And as president, he'll build an America that lives up to our ideals. I'm honored to join him as our party's nominee for Vice President, and do what it takes to make him our Commander-in-Chief."

Born in Oakland, Harris has proven to be a vigorous voice against Donald Trump's presidency, and provides welcome relief for Democratic voters wary of once again electing an old white man to this country's highest office. It's no secret that Biden, who would be the oldest of the 97.8 percent of white men who have attained the job, has hinted he may run for one term, presumably supporting his VP for the top role in 2024 (when Republican U.S. Sen. Rick Scott will likely also be a contender).

Harris' presidential candidacy failed to catch fire but many viewed her as a finalist for Biden's VP, despite — or perhaps because of — her sometimes scathing attacks on Joe Biden during presidential debates.

Demings lacks the national name recognition that Harris has, but her consideration has certainly raised her profile. Demings and Harris were both sworn in to their current seats in January of 2017. Demings released a statement after the announcement, saying "we deserve leadership that will not only put America back on track, but build back better."

"For a little girl who grew up poor, Black and female in the South to be considered during this process has been an incredible honor," said Demings in a statement after Biden's announcement. "I feel so blessed. To see a Black woman nominated for the first time reaffirms my faith that in America, there is a place for every person to succeed no matter who they are or where they come from." 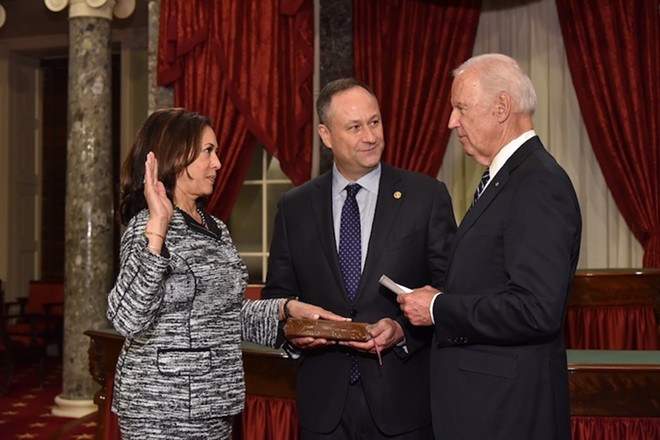 While the historic first of Harris' nomination will certainly be cause for celebration, the current calendar year is a reminder that representation by Black women in higher office has been a long, slow crawl forward.

"This moment is long overdue," said Derrick Johnson, the president and CEO of the National Association for the Advancement of Colored People (NAACP) in a statement on Tuesday. He also called it a "defining moment in U.S. history."

"For far too long, we have undervalued Black women's political power and their role in shaping our culture, communities, and country," said Johnson.

NextGen Florida State Director Justin Atkins also released a statement after the announcement, saying, "Sen. Kamala Harris is an exceptionally qualified choice for the vice presidency and will be critical in helping to defeat Donald Trump in November and ending this national nightmare."

"Young Floridians are fired up to support a diverse administration that will reflect our progressive values and begin to undo Trump’s mess on critical issues like climate change, student debt, and an economy that’s failing young people," said Atkins. "Joe Biden and Kamala Harris will lead a historic presidency that will build a bridge to a new generation of leadership, and young voters in Florida are ready to get them to the White House."

I have the great honor to announce that I’ve picked @KamalaHarris — a fearless fighter for the little guy, and one of the country’s finest public servants — as my running mate.