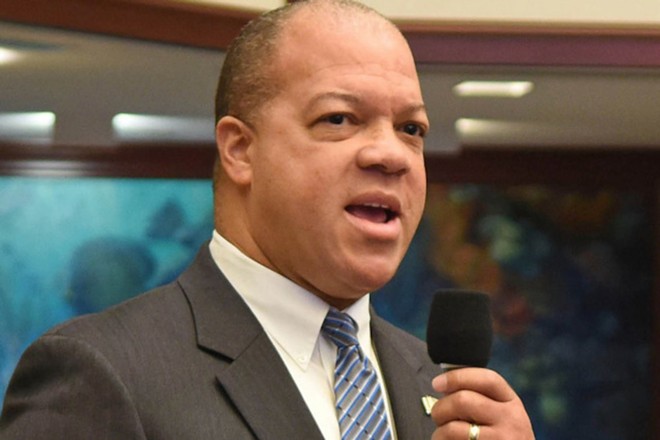 State House members Kimberly Daniels and Mike Hill, who clashed with other members of their parties because of sometimes-controversial positions and statements, were unseated Tuesday, while Rep. Al Jacquet also appeared headed toward defeat.

Community organizer Angie Nixon easily defeated Daniels in the Democratic primary in Duval County’s House District 14. With only a write-in opponent on the November ballot, the primary win virtually assured that Nixon will become the district’s next representative.

Daniels drew criticism from some other Democrats, in part because of her support for issues such as school vouchers and abortion restrictions. Nixon raised more money than Daniels and had the support of labor unions and some trial attorneys, two key groups in Democratic politics.

Hill, meanwhile, lost the Republican primary to Michelle Salzman in Escambia County’s House District 1. Hill got crossways last year with House Speaker Jose Oliva, R-Miami Lakes, and incoming House Speaker Chris Sprowls, R-Palm Harbor, after he laughed at a political event when asked if he could file legislation that would impose the death penalty on men who have affairs with other men.

Salzman will face Democrat Franscine Mathis in November in the conservative district.

Meanwhile in Palm Beach County, Lake Worth Beach City Commissioner Omari Hardy had a large lead over Jacquet, D-Riviera Beach, and three other Democrats in House District 88. Jacquet has faced controversy, at least in part, because of making what were widely seen as anti-gay comments. Hardy would face Republican Danielle Madsen and unaffiliated candidate Rubin Anderson in November in the heavily Democratic district.

In some other races:

—- Gainesville Democrat Yvonne Hayes Hinson locked up a House seat by winning her primary against Rodney Long in House District 20, which was an open seat because Rep. Clovis Watson, D-Alachua, faces term limits. No other candidates ran in the district, which is made up of parts of Alachua and Marion counties.

—- Kissimmee Democrat Kristen Arrington locked up a House seat when she won a six-candidate Democratic primary in Osceola County’s House District 43. The seat was open because Rep. John Cortes, D-Kissimmee, did not seek another term. No Republicans ran for the seat.

—- Pinellas County Democrat Michelle Rayner locked up a House seat when she won a four-candidate primary in House District 70, which includes parts of Hillsborough, Manatee, Pinellas and Sarasota counties. The seat was open because Rep. Wengay Newton, D-St. Petersburg, did not run for re-election. No Republicans ran for the seat.

—- Republican Fiona McFarland won a closely watched GOP primary in Sarasota County’s House District 72, which is open because Rep. Margaret Good, D-Sarasota, is not seeking another term. McFarland will face Democrat Drake Buckman in November as Republicans try to flip the seat.

—- Rep. Anika Omphroy, D-Lauderdale Lakes, fended off a challenge from Jasmen Rogers-Shaw and locked up a second term in the House. Omphroy, who won about 51 percent of the vote, does not have an opponent in November in Broward County’s House District 95.

—- Miami Gardens Democrat Felicia Simone Robinson also appeared to lock up a House seat by outdistancing three opponents in a Democratic primary in District 102 in Miami-Dade and Broward counties. No Republicans are running for the seat, which is open because Rep. Sharon Pritchett, D-Miami Gardens, faces term limits.

—- Homestead Democrat Kevin Chambliss appeared to narrowly win a primary in Miami-Dade County’s House District 117, ensuring a seat in Tallahassee. No Republicans are running for the seat, which is open because House Minority Leader Kionne McGhee, D-Miami, faces term limits.