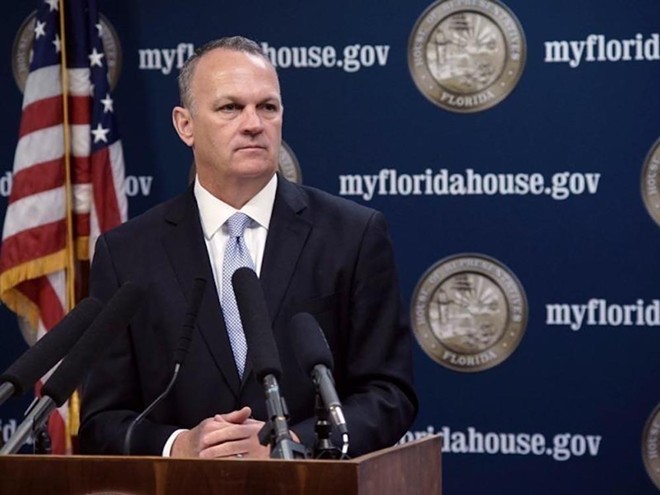 Accusing the state of ignoring the Florida Constitution, a Leon County circuit judge on Monday sided with teachers unions that challenged a state order mandating that schools resume in-person instruction this month amid the COVID-19 pandemic.

Circuit Judge Charles Dodson, who held a hearing in the case last week, ruled Monday that Gov. Ron DeSantis, Corcoran and state education officials who are defendants in the lawsuits “have essentially ignored the requirement of school safety by requiring the statewide opening of brick-and-mortar schools to receive already allocated funding,” Dodson wrote.

“Schools should reopen when the local decision-makers determine upon advice of medical experts, that it is safe to do so. Our Constitution requires safe schools,” the judge said in Monday’s 17-page order.

DeSantis’ office quickly said it would appeal, which would put the ruling on hold.

“We intend to appeal this ruling and are confident in our position and in the authority of the commissioner and the governor to do what is best for our students,” DeSantis spokesman Fred Piccolo said in an email.

Dodson’s ruling came as students continue to return to classrooms in districts throughout the state, after learning shifted online in March because of the pandemic. About 150,000 of the state’s 2.8 million schoolchildren had resumed face-to-face instruction as of last week, Jacob Oliva, the chancellor of the K-12 school system, told Dodson on Thursday.

The judge agreed with the plaintiffs' claim that Corcoran's order is "arbitrary and capricious." tweet this
Lawyers for the state argued that nearly all school districts have complied with Corcoran’s order requiring them to submit reopening plans for August and that no school districts joined as plaintiffs in the lawsuits. No school officials said they were coerced into reopening this month, the state said.

“But the school boards have no choice,” Dodson wrote Monday. “The districts have no meaningful alternative. If an individual school district chooses safety, that is delaying the start of schools until it individually determines it is safe to do so for its county, it risks losing state funding, even though every student is being taught.”

The policy “runs afoul of the Supreme Court’s long-standing admonition that the government may not deny a benefit to a person on a basis that infringes his constitutionally protected interests,” the judge said, quoting from another court decision.

“Because defendants cannot constitutionally directly force schools statewide to reopen without regard to safety during a global pandemic, they cannot do it indirectly by threatening loss of funding through the order,” he wrote.

Corcoran’s mandate ordered schools to reopen in August “subject to advice and orders of the Florida Department of Health, local departments of health” and executive orders issued by DeSantis.

“Although that language sounds good, it is essentially meaningless,” Dodson wrote. “Local school boards wanted to know —- is it safe to open our schools in our county? Defendants reduced the constitutional guarantee of a safe education to an empty promise, in violation of the Florida Constitution.”

Dodson pointed to Hillsborough County, where the school board consulted with seven doctors during an Aug. 6 special meeting on whether to reopen.

School board members asked each of the doctors if they believed it was safe to reopen classrooms. Five of the seven doctors said it was not safe at the time. One physician said it was not safe that day but it might be in a few weeks. The seventh doctor, who serves as the director of the local health department, refused to give an opinion.

Based on the doctors’ responses, the county decided to delay the first day of in-person instruction from Aug. 24 to Sept 14. Distance learning was still slated to begin on Aug. 24.

But Corcoran told Hillsborough school officials they would lose funding if they did not reopen classrooms in August. The county eventually settled on restarting face-to-face instruction on Aug. 31.

“They had no real choice. Defendants arbitrarily prioritized reopening schools statewide in August over safety and the advice of health experts; and all school districts complied in order to avoid a drastic loss of state funding,” Dodson wrote in Monday’s order.

The judge also agreed with the plaintiffs’ claim that Corcoran’s order is “arbitrary and capricious,” acknowledging that such a finding is “a very high burden” to meet.

Dodson noted that Corcoran allowed Miami-Dade, Broward and Palm Beach counties to begin the school year remotely, due to high positivity rates for COVID-19 this summer, but rejected similar plans proposed by Hillsborough and Monroe counties.

DeSantis and Corcoran have steadfastly insisted that families need to be able to choose whether to have children return to face-to-face instruction or learn remotely. But Dodson found Corcoran’s order did not take a number of important factors into consideration.

“It fails to mention consideration of community transmission rates, varying ages of students, or proper precautions,” Dodson wrote, adding “what has been clearly established is there is no easy decision and opening schools will most likely increase COVID-19 cases in Florida.”

The Florida Department of Health reported Monday that nearly 560 coronavirus cases have been linked to Florida public and private schools since students and employees began reporting to classrooms two weeks ago. More than 200 elementary, middle and high school students and 342 school employees have tested positive for the virus since Aug. 10. The department also reported a dozen “unknown” school-related cases.

Dodson’s order pointed out that last week’s hearing, which lasted for more than two days, was conducted remotely.

“That is because it has been decided it is unsafe to hold in-person trials in the Leon County courthouse during this highly dangerous pandemic. That was a local decision based on local conditions. Because of COVID-19, jurors and witnesses are not allowed to come into our courtrooms, almost all of which are larger than classrooms in our schools,” he wrote.

During two days of testimony, teachers said they would retire and lose benefits or resign rather than risk being exposed to the COVID-19.

Under Dodson’s temporary injunction Monday, districts could reopen schools later than August without risking the loss of state education funds.

The judge said the injunction “allowing local school boards to make safety determinations for the reopening of schools without financial penalty” is in the “public’s interest.”

“This is what the local school boards were elected to do,” he added.

Union leaders and lawyers hailed Dodson’s order in a Zoom press conference Monday afternoon, calling it a major victory that could send ripples throughout the nation. They also asked Corcoran and DeSantis to work with them on school reopenings and closings instead of appealing.

“You lost today, Mr. Commissioner and Mr. Governor, because you’re wrong,” said Florida Education Association President Fedrick Ingram, who was joined by Randi Weingarten, president of the American Federation of Teachers. “We won because we’re on the side of right, the side of right about public health and public safety and keeping people alive in this pandemic.”