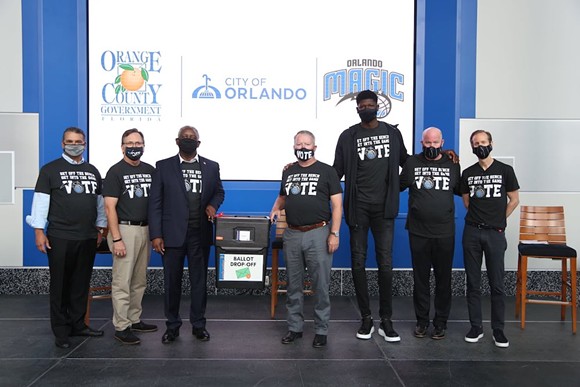 The city of Orlando and the Orlando Magic jointly announced on Wednesday that the Amway Center will serve as an early voting location for the upcoming 2020 elections.

This partnership between the City of Orlando, the Magic, Orange County and Orange County Supervisor of Elections Bill Cowles is part of a larger initiative spearheaded by NBA teams around the country to increase ease of access to voting during a particularly crucial election cycle.

The plan is for the Amway Center to serve as a voter registration center on National Voter Registration Day, Sept. 22, and then as an early voting location for Orange County residents from Oct. 19–Nov. 1.

“Voting to me is the most American thing you can do for a democracy to work,” said Magic center Mo Bamba to Sportsnet. “I learned that at a very young age in elementary school, just voting for a class president. This is something I just want to push for.”

Incidentally, Bamba plans to work at the arena as a volunteer during early voting.