Since first being introduced in the mid-1990s, alpine coasters have proven to be a popular offering at many smaller attractions. The rides provide a custom-designed, coaster-like experience at a fraction of the cost. Unfortunately, part of that cost-cutting is thanks to their use of the naturally hilly terrain. The lack of natural hills or powered lifts in Florida have meant the popular rides have been nonexistent here. Now, a new electric version aims to fix that.

Out of the nearly three dozen alpine, or mountain, coasters found across the United States, zero are located within Florida. German-based Wiegand first introduced alpine slides in the 1970s as a summer option for ski resorts. In 1997, the company evolved the concept by moving the karts from a trough-like slide installed into the side of the mountain to a tubular rail system similar to ones used on metal rollercoasters. 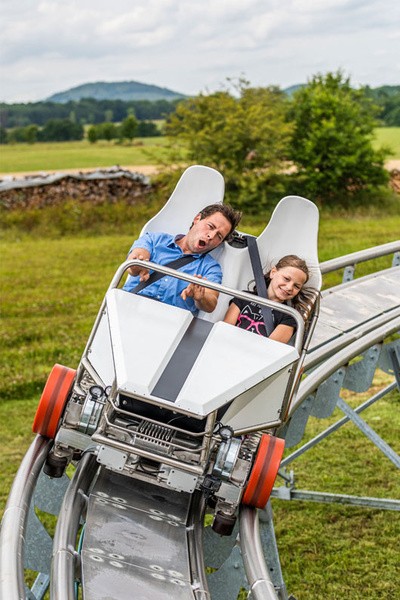 Now Wiegand has evolved the concept by adding a linear induction motor. The contactless 9kW drive allows for the coaster karts to speed along the track without the need of a lift hill while keeping the low impact design of a traditional alpine coaster.

Known as the CoasterKart, the new alpine coaster concept can handle 500 riders per hour with a single operator. A two-seat kart is similar to a typical two-person go-kart layout with a driver and a passenger. The driver has a small gas pedal but no brake pedal thanks to integrated distance control. 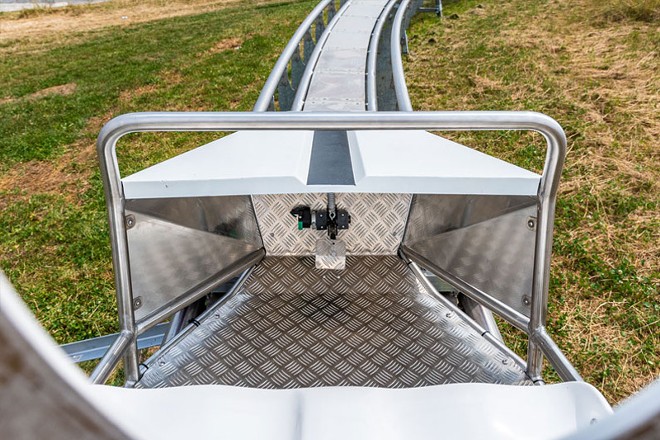 Wiegand already has a motorized inverted mountain coaster concept, but those require concrete anchored supports, which can dramatically increase the cost as compared to a traditional alpine coaster. The new CoasterKart concept has supports nearly identical to other traditional alpine coasters with the ride vehicles and a slightly modified track system being the only noticeable difference. 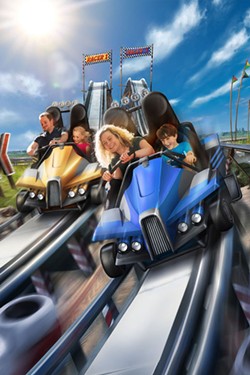 The world’s first CoasterKart will open later this year at the Rowdy Bear Ridge attraction in Pigeon Forge.