Op-ed: Mask-free Christian gatherings that claim 'freedom to worship' are in fact a demonstration of self-centeredness

September 22, 2020 at 7:41 PM
comment
Over the weekend, nondenominational Christian praise musician Sean Feucht made a stop on his current revival tour in Orlando. At Lake Eola Park, "thousands worshipped in the rain" (headcount unconfirmed). No one visible in the video is wearing a mask. Orange County is still under Mayor Jerry Demings' Executive Order 2020-25, issued June 20, which requires "every person working, living, visiting or doing business in Orange County to wear a facial covering while in a place that is open to the public, whether indoors or outdoors." The Rev. Jose Rodriguez submitted this opinion column to Orlando Weekly Tuesday morning. — JBY


A Revival of Indifference:

Last Saturday, on my way home from my third funeral for a victim of COVID-19, my social media was set abuzz by news of a “revival” in the heart of Orlando. It turned out to be one of a number of rallies springing up across the country in protest of local governments requiring masks be worn and large indoor gatherings be restricted in response to the spread of a deadly virus. It seems that wearing masks is somehow an “unprecedented attack” on the “freedom to worship God and obey His Word.” The assertion is that “powerful politicians and social media giants have engaged in unchartered abuses of religious liberty, silencing the faithful, banning our voices, and outright attacking our God-given right to declare His goodness.” I am neither powerful nor a giant, but I find that I must write against the false claim that wearing masks represents some kind of “unprecedented attack” or “unchartered abuse” against the children of God. 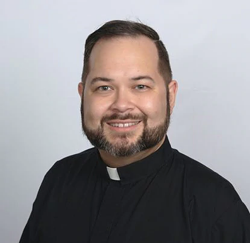 I am a priest, a local pastor who has a duty of care over the people of God in the Azalea Park neighborhood of Orlando, and these rallies do not portray freedom to worship. They are instead an irresponsible and selfish affront to human dignity. Communities, like the one I serve, are indeed under attack, but not from “powerful politicians,” but by health disparities, poverty, and yes, the loud indifference of others, including fellow Christians. Yes, my fellow Christian brothers and sisters participating in mask-free gatherings under the guise of freedom to worship, you are contributing to an epidemic of indifference against a community recovering from the ravages of a pandemic that has disproportionally harmed the children of God in black and brown communities.

Images of Christians gathered in close proximity, faces unmasked, and in full-throttle worship in the midst of a pandemic, exchanging public health and safety for carelessness disguised as a “revival,” represented a complete abandonment of the Christian duty of care of neighbor. This is not worshipping a life-giving and compassionate God – rather, what happened at Orlando’s Lake Eola was a demonstration of devotion to self-centeredness and indifference. This protest has come to Orlando as a wolf in sheep’s clothing with the effect of systematically drowning out the cries of communities gasping for air with cries to the false idol of human ego. Instead of responding to those who are in unspeakable distress, those participating act like children, bringing attention to themselves and despising their duty to intercede for a hurting world. They distress themselves with the lie that they have been silenced, banned, and their civil liberties attacked.

To be clear, these are not worship revivals. These gatherings confuse taking off masks proven effective against the spread of a deadly virus, with lifting up holy hands. There is no love for the vulnerable in this protest. This is not worship. This is not the movement of the Holy Spirit. My Christian brothers and sisters have been fooled into frolicking in the valley of the shadow of death with a false prophet, failing to see that they burn in passion for their own spirit and are led by the wisdom of their own flesh.

I exhort you, my brothers and sisters, to hear the prayers of the vulnerable and those in distress. The enemy is dividing the Body of Christ by deafening it to its own cries. While part of the Body is in pain the rest is confused. Instead of hearing the voice of the Healer, part of the Body is consuming lies and counterfeit remedies peddled online by false prophets. It is time that we turn away from childish fictions and fulfill our duty of care to each other and the communities we are called to serve. Let us make amends by rebuilding the bonds of unity among the children of God.

The Reverend Jose Rodriguez is an Episcopal priest in Orlando, Florida, raised in the Pentecostal tradition.