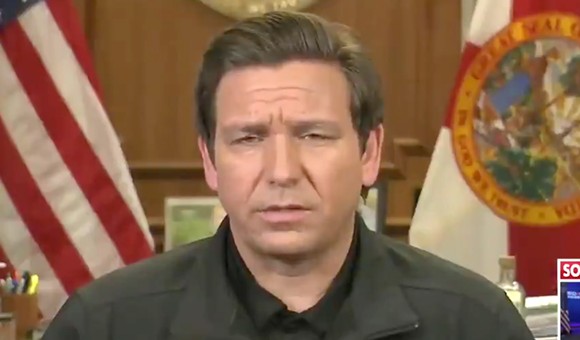 In another major sign of how COVID-19 has damaged Florida’s tourism industry, about 6,700 layoffs are expected to hit non-union workers at Walt Disney World starting Dec. 4.

“Due to the continuing business impacts of the COVID-19 pandemic, we have made the very difficult decision to reduce our workforce,” Jim Bowden, Disney vice president of employee relations, wrote in an advisory Tuesday to the state Department of Economic Opportunity.

But the layoffs could have been worse, according to Florida Chief Financial Officer Jimmy Patronis.

A day after the Walt Disney Company announced plans to lay off 28,000 employees in the U.S. due to prolonged closures at parks in California and limited attendance in Florida, Patronis on Wednesday praised the state’s economic reopening efforts during an Enterprise Florida Board of Directors meeting.

“Thank goodness that the amusement parks and the destinations we've got in the states are making the necessary tough decisions and commitments,” Patronis said. “And I can’t imagine how much worse it would have been for Disney, if Gov. (Ron) DeSantis had not encouraged and supported the opening of those parks.”

A Walt Disney Company senior vice president was scheduled to participate in a panel discussion at the Enterprise Florida meeting but was replaced without explanation.

As part of his second phase of reopening, DeSantis allowed theme parks to reopen in June. tweet this
“As you can imagine, a decision of this magnitude is not easy,” D’Amaro wrote. “For the last several months, our management team has worked tirelessly to avoid having to separate anyone from the company. We’ve cut expenses, suspended capital projects, furloughed our cast members while still paying benefits, and modified our operations to run as efficiently as possible, however, we simply cannot responsibly stay fully staffed while operating at such limited capacity.”

Disney employs about 77,000 people in Florida.

DeSantis opened the Enterprise Florida meeting by defending his efforts to guide the state through the pandemic and compared reopening efforts to states such as California.

As part of his second phase of reopening, DeSantis allowed theme parks to reopen in June. He later encouraged the parks to increase their daily attendance after a summer surge in COVID-19 cases started to slow.

Disney held off its reopening until July, weeks after Universal Florida and Sea World reopened, all with limits on the number of guests, face-mask requirements, widely available sanitation stations and use of cashless payments.

DeSantis said the theme parks haven’t been linked to a spread of the respiratory illness. Still, by the start of September, Disney and Universal scaled back operating hours due to low attendance.

In mid-September, Universal Orlando extended furloughs of 5,398 workers at least six more months and SeaWorld of Florida announced it would lay off 1,896 of its previously furloughed workers.

The state saw tourism numbers crash more than 60 percent in the second quarter of the year from the same period in 2019, ending a decade of year-after-year growth of travelers to Florida. To try to boost the industry, the tourism-marketing agency Visit Florida launched an ad campaign this month that focuses on in-state travelers.

But troubles persist. Nearly 40 percent of hotel workers in Florida have lost their jobs because of the coronavirus pandemic, and industry lobbyists warned this week the number could reach 70 percent this winter without further assistance from Congress.

DeSantis last week lifted restrictions on businesses such as restaurants and bars, and he and Patronis also have said the economic recovery could be aided by providing COVID-19 liability protections to businesses.

Patronis said Wednesday proposals for the 2021 legislative session would “give these businesses the extra confidence that they can move forward without the fear of being punished.”

“Whether it be sports, whether it be our hospitals, whether it be our not-for-profits or our businesses, if they are abiding by best practices from the (Centers for Disease Control and Prevention) and Department of Health, in order to keep a safe environment in place, then they should have some peace of mind that they are going to be immune from frivolous lawsuits,” Patronis said.