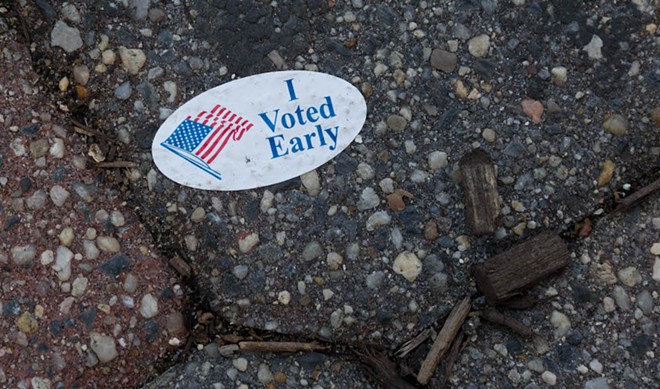 With more than 2 million votes already cast in the Nov. 3 elections, word is going around not to pop the champagne or start assigning fault because Democrats have a sizable lead in vote-by-mail ballots.

The current pace of voting — Democrats led Republicans by more than 400,000 vote-by-mail ballots as of Thursday morning — is expected to change Monday, according to some experts, as early-voting sites open in 52 of the state’s 67 counties.

“Why, you ask? Well, 2020 is different in every way possible, not the least of which is the rapid changes in how people are choosing to vote,” Schale wrote. “In the past, there was some rhyme or reason to return rates, but this year, the combination of COVID, a coalition of groups on the left working on (vote-by-mail) requests, and (President) Donald Trump setting a torch to Republican confidence in voting by mail has left us in uncharted territory.”

As of Thursday morning, nearly 2.1 million vote-by-mail ballots had been turned in to county elections offices, according to statistics posted online by the Florida Division of Elections.

Democrats have accounted for just under half of the completed ballots and Republicans nearly 30 percent.

Another 3.6 million vote-by-mail ballots have been sent out, of which 1.53 million have gone to registered Democrats and 1.16 million to Republicans.

For Schale, the positive for his team is that Democrats are showing enthusiasm as they return ballots faster than Republicans. But he added that celebrating the returns is premature.

“This election will look completely different — and more than likely, there are upwards of at least 9 million more Floridians likely to vote beyond what we have already seen — meaning despite the massive early numbers, we are only about 15 percent towards the total turnout,” Schale wrote.

Trump, campaigning Monday in Sanford, tweeted support for “absentee ballots,” while putting a focus on the early-voting period. Trump has drawn a distinction between what he describes as “absentee” ballots in places such as Florida and vote-by-mail processes in other states that he has alleged are ripe for fraud.

“FLORIDA! Send in your absentee ballot if you have requested one,” Trump tweeted. “In-person Early Voting begins next week — so get your friends, get your family, get your neighbors, and GET OUT AND VOTE!”

“I highly suspect once early voting begins next week, that the voters that historically on the Republican side … have voted by mail are going to show up in early voting sites,” Wilcox told reporters during a video conference hosted by Common Cause Florida.

While early voting will start Monday in much of the state, all 67 counties will open early-voting sites by Oct. 24.