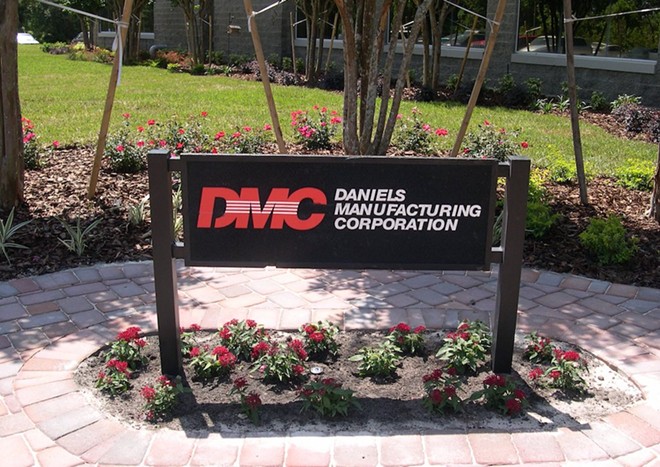 "You're (possibly) fired" if Trump loses, claimed the Apprentice-y letter that employees at Orlando company Daniels Manufacturing Corp. received as an extra in their pay envelopes recently.

Penned by DMC president George Daniels, the letter strongly suggested that if Donald Trump falters in his re-election bid, heads will roll at the local business. DMC is a tools, parts and electronics manufacturer for the aerospace and airline industries, and has understandably been struggling – just like everyone else except these guys – due to the coronavirus pandemic.

The letter, first reported by WESH, says in part, "If Trump and the Republicans win, DMC will hopefully be able to continue operating, more or less as it has been operating lately. However, if Biden and the Democrats win, DMC could be forced to begin permanent layoffs beginning in late 2020 and/or early 2021."

Daniels' missive is in line with the Trump 2020 banner that flies out in front of the DMC building and the big checks he's written to Trump's campaign, to the tune of hundreds of thousands of dollars, according to the Washington Post. (Yep, the Post picked up the story!)

The wording obviously troubled some of his employees. At least one intends to resign in the immediate aftermath, according to WESH.

That employee, Sam Smith, told WESH he was offended by the letter: “I don't feel like it was correct to do something like that … I felt like it was unfair."

For his part, DMC prez Daniels later defended his latter, telling WESH in an interview that he's "been doing this for years," which for some totally weird reason doesn't comfort us much.