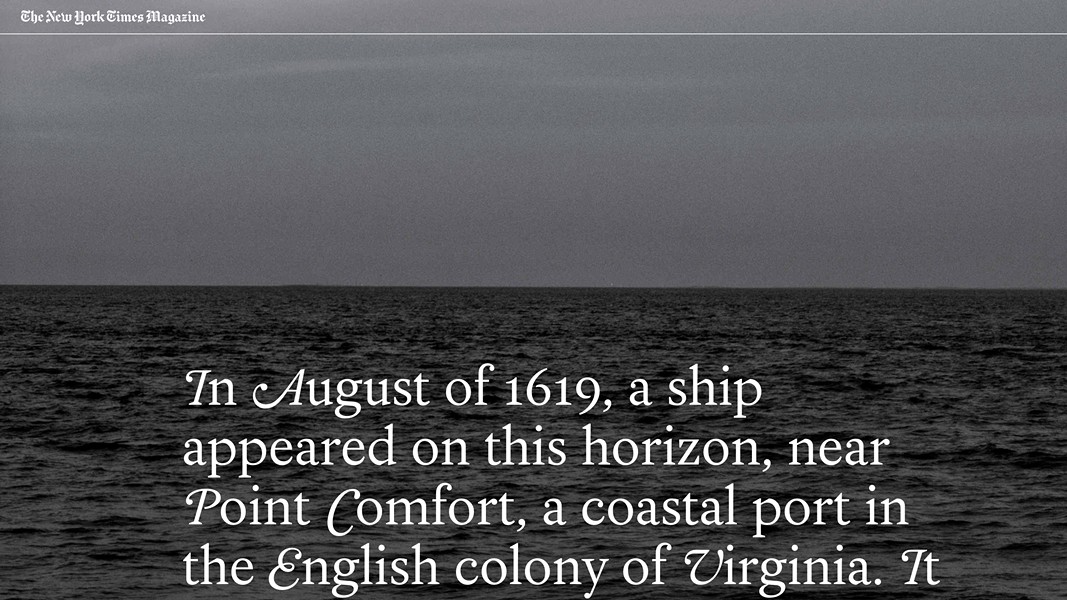 During this summer’s historic protests for racial equality, film studio Lionsgate announced a groundbreaking partnership with the New York Times, Nikole Hannah-Jones and Oprah Winfrey to adapt the award-winning 1619 Project into an expansive portfolio of new media content. At the time, Lionsgate confirmed that “feature films, television series and other content for a global audience” were in the works.

In speaking at the Blooloop V-Expo, Brown explained that Lionsgate was looking into developing content from the 1619 Project into “exhibitions and experiences, and perhaps live events.” Lionsgate film franchises Now You See Me, La La Land and The Hunger Games were all successfully translated into live performances, and The Hunger Games also saw success with a traveling exhibition.


Attractions based on the 1619 Project could reach a far greater audience due to its educational foundation and goal of better contextualizing slavery’s impact on the history and development of the United States. While some conservative politicians and historians have taken offense to the framing of the New York Times Magazine series, the project's lessons remain relevant. Project developer Hannah-Jones was awarded the 2020 Pulitzer Prize for Commentary for her essay that introduced the project.

"For many Americans, the 1619 Project was a great awakening and a true history that you probably never learned in school," said Lionsgate CEO Jon Feltheimer in a prepared statement this summer. "For others, the project was a fresh analysis of the historical record by one of the world's leading media authorities. We're proud to partner with the New York Times, Nikole Hannah-Jones and Oprah Winfrey, a creative talent with unparalleled stature, to amplify Nikole's voice and reach across our worldwide platform to marshal all of our top creative relationships to translate her vision into a canon of storytelling for a global audience."

Even before this summer’s rise of Black Lives Matter protests, there was increasing interest in uncovering and understanding the racist actions that fill U.S. history. Demand has meant that despite being open for four years, the Smithsonian National Museum of African American History and Culture (another project Oprah Winfrey was involved in, including making a $13 million donation to ensure its realization) still required timed entry tickets on select days. (It currently requires them as part of its COVID safety protocols.) In 2019, the museum ranked among the most visited Smithsonian museums in the nation, with an estimated 2 million visitors. Meanwhile, the nation’s first memorial dedicated to lynching victims saw thousands in attendance for its opening in 2018.

Trump’s thrusting of the 1619 Project into the middle of the modern culture wars has helped make the New York Times Magazine project a household name. Conservatives, especially President Trump, have been vocal critics of the project, condemning its conclusion that systemic racism is at the root of many decisions that have had significant impacts on present-day realities. In September, Trump vowed to investigate the use of the 1619 Project’s resources within public schools, claiming "This project rewrites American history." Trump also vowed to limit federal agencies from conducting racial sensitivity training that it finds offensive, especially those that teach from a Critical Race Theory perspective or acknowledge the existence of white privilege.

It is too early to tell if the recent pushback by conservatives will have any impact on Lionsgate's plans, but it looks like the company will not shy away from the controversy. A press release this summer noted that the venture will be “enlisting world-class Black creative voices to help adapt her celebrated series chronicling the ways that the original sin of slavery in America still permeates all aspects of our society today.”

None of the partners working on the upcoming events or exhibitions have yet shared timelines regarding the new collaboration.