Florida Gov. Ron DeSantis fails to acknowledge ACLU's request to declare a day of remembrance for the Ocoee Massacre 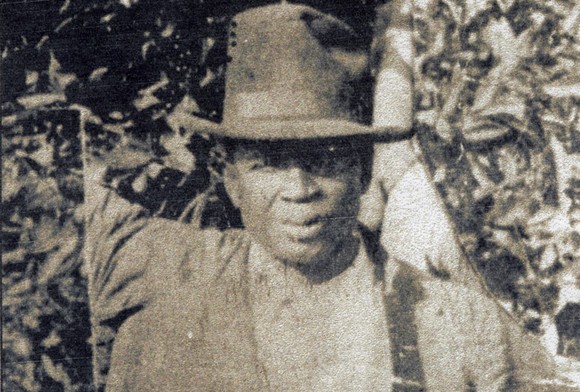 UPDATE: At 3:42 p.m., the ACLU informed us that they had received a signed proclamation from Gov. DeSantis.

Florida's chapter of the ACLU and the Orange County NAACP sent a formal request to Gov. Ron DeSantis back on Oct. 23 requesting that he declare today – Monday, Nov. 2 – a day of remembrance for the 1920 Ocoee Election Day Massacre. And, as of the time of writing on Monday, that entreaty has been met with silence from the governor.

Today is the centennial of the Ocoee Massacre, the largest and most horrific outbreak of Election Day violence in the United States. And it happened right here in Central Florida. Black residents of Ocoee were terrorized, attacked and murdered by a white mob for simply trying to exercise their right to vote. The ACLU and NAACP chapters asked the governor to acknowledge this chapter in our state's history – to no avail.

The letter began with praise for the recent bipartisan passage of HB 1213 in the Florida Legislature and the governor's signing of this bill – pushed through largely by state Sen. Randolph Bracy, D-Ocoee – that would ensure that the events of the Ocoee Massacre are taught in Florida schools.

The letter made the case for the symbolic importance of DeSantis issuing a statewide proclamation recognizing the victims of that violent night: “A Proclamation honoring the lives lost in the 1920 Election Day Massacre will acknowledge Florida’s past role in one of the worst election day racial violence incidents in the country and will demonstrate the state’s present commitment to ensuring that this will never happen again."

The ACLU/NAACP appeal even included a draft of such a proclamation, closing with this key passage:

NOW, THEREFORE, I, Ron DeSantis, Governor of the State of Florida, do hereby declare November 2nd shall be a day of remembrance that honors the Black residents of Ocoee, Florida who were killed and had their property destroyed because they tried to exercise their fundamental right to vote.


There was no response.

Reached for a comment on Monday morning, the ACLU of Florida told Orlando Weekly: "We're hopeful that Gov. DeSantis will acknowledge these tragic, horrific events. We can't imagine that he would not want this tragedy to be memorialized and never forgotten."

Meanwhile, closer to home, Orlando Mayor Buddy Dyer did issue just such a proclamation of remembrance on Sunday, saying on Twitter: "100 years ago this week, Black residents in West Orange County faced terror after simply trying to vote. We've proclaimed a week of remembrance for the victims of the Ocoee Massacre because it's important for us all to learn about this horrific part of our region's history."