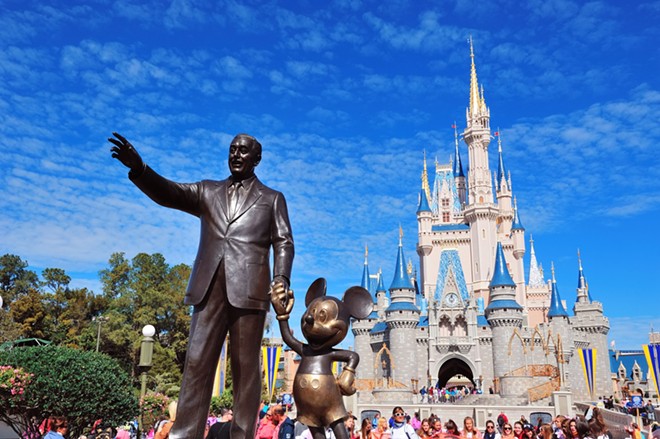 More than 11,400 workers at Walt Disney properties across Central Florida will be laid off on New Years’ Eve, as tourism remains sluggish from the coronavirus pandemic.

“Due to the continuing business impacts of the COVID-19 pandemic, we have made the very difficult decision to reduce our workforce,” Jim Bowden, Disney vice president of employee relations, wrote Thursday in advisories to the state Department of Economic Opportunity and local governments. “We previously notified you about impacted non-union employees.”

In late September, Bowden told the state that about 6,700 layoffs of non-union workers were planned to start on Dec. 4. At least 11,350 employees in the latest cuts are union workers.

The layoffs are part of the Walt Disney Company’s plans to lay off 28,000 employees in the U.S., due to prolonged closures at parks in California and limited attendance in Florida.

Disney employs about 77,000 people in Florida. Nearly 11,000 of the Dec. 31 layoffs to union workers will occur at Walt Disney World, with another 447 union employee separations at facilities in Kissimmee, Orlando, Celebration and Tampa. Separately, Bowden also wrote Thursday that 52 layoffs will affect union and non-union workers at the Magic Kingdom in December.

As part of his second phase of reopening, DeSantis allowed theme parks to reopen in June. Disney held off its reopening until July, weeks after Universal Florida and Sea World reopened, all with limits on the number of guests, face-mask requirements, widely available sanitation stations and use of cashless payments.

DeSantis has repeatedly said the theme parks haven’t been linked to a spread of the respiratory illness. Still, by the start of September, Disney and Universal scaled back operating hours due to low attendance.

In mid-September, Universal Orlando extended furloughs of 5,398 workers at least six more months and SeaWorld of Florida announced it would lay off 1,896 of its previously furloughed workers.