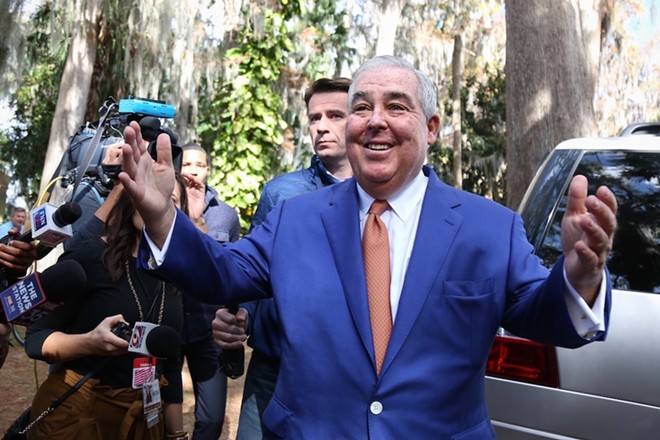 Florida’s Amendment 2 – aka the $15 Minimum Wage Initiative – has passed with more than 60 percent voter approval in a major victory for Florida’s low-wage workers.

An estimated 2.5 million workers – a quarter of Florida’s workforce – will see this pay increase in the next five years. According to a report from the Florida Policy Institute, a left-leaning think tank, this pay increase will lift an estimated one million Florida families out of poverty, and female workers – particularly Black and Latinx workers – are estimated to gain the most, with 38% women of color in the workforce expected to see this increase.

Florida’s Fight for $15 and union leaders – who have been central to this victory – consider the passage of Amendment 2 not only a win for labor, but also for social and racial justice.

Across the state, Florida’s fight for a $15 minimum wage has been years in the making. Orlando attorney John Morgan, who funded efforts to get Amendment 2 on the ballot this year, was a key figure in this year’s victory, although the fair wage movement more broadly has its roots in the American labor movement and the work of organized labor unions like the SEIU (Service Employees International Union), in addition to the Fight for $15 campaign and other pro-labor organizations.

Fast food workers with Fight for $15 Florida and other low-wage employees across the state held a number of socially distanced rallies to boost support for Amendment 2. Get-out-the-vote efforts for Amendment 2 were also bolstered by the grassroots Florida for 15 coalition – composed of more than 20 pro-labor organizations and unions, and driven by Florida’s essential workers – and the Florida Business for a Fair Minimum Wage coalition, which boasted a membership of more than 150 Florida business owners and executives in support of Amendment 2 prior to Tuesday. Nationally, organizations like Patriotic Millionaires and the Democratic Socialists of America (DSA) also recommended Florida voters vote "Yes" on Amendment 2.

Florida was the only state with a $15 minimum wage boost on the ballot this year. But Florida isn’t alone in its victory. Seven additional states – including New Jersey, New York and California – are on track to reach a $15 minimum wage within the next five years, as are dozens of cities across the country.

Last year, the Democratic-controlled U.S. House also introduced and passed federal legislation dubbed the Raise the Wage Act to enact a $15 minimum wage nationwide. Unfortunately — if not surprisingly — it’s been stuck in the U.S. Senate ever since.

As part of his platform, Democratic presidential nominee and former Vice President Joe Biden endorsed raising the federal minimum wage to $15 an hour — although whether that’s political speak or genuine support is anyone’s guess. Bernie Sanders, a self-described democratic socialist and longtime labor advocate, also supports a federal wage boost. Unsurprisingly, Donald Trump does not, and neither do House and Senate Republicans.

Florida also had an influential and highly funded base of opposition to Amendment 2, which argued that raising the minimum hourly wage to $15 would kill jobs, threaten the livelihood of small businesses, and negatively impact Florida’s economic recovery from the pandemic.

Notable opponents of Florida’s Amendment 2 included the Florida Chamber of Commerce and the Florida Restaurant and Lodging Association (FLRA) —which has representatives from Olive Garden parent company Darden Restaurants, Walt Disney World, and McDonald’s as a board member. Although McDonald's can afford to pay its CEO more than $18 million in annual compensation, adequately paying their labor force — who generate that exorbitant wealth — is apparently a bridge too far.

Earlier this year, the FLRA and others in Florida’s tourism industry poured hundreds of thousands of dollars of money into Save Florida Jobs, an anti-Amendment 2 PAC created to kill support for the Fair Wage Amendment. This money — which presumably could have otherwise gone into the pockets of workers and business owners — was wasted.

This story came to us through our sister paper Creative Loafing Tampa.
–
Stay on top of Central Florida news and views with our weekly newsletters, and consider supporting this free publication. Our small but mighty team is working tirelessly to bring you Central Florida news, and every little bit helps.