Earlier, we told you about Chicken Fire's planned opening next month in the Coytown Shopping Center.

Now we can tell you that the talents behind Kadence, the superlative sushi spot in Audubon Park, will open a Filipino restaurant called Kaya next year in the space that housed Dandelion Communitea Cafe for many years. (You'll recall Dandelion shuttered in August after a contentious battle with its employees.)

Kaya, which means "ability" in Tagalog, will be led by Kadence chef Lordfer Lalicon and the restaurant's business manager, Jamilyn Salonga Bailey, a couple of passionate Pinoys who want to create a greater awareness of the "beautiful and soulful" cuisine of the Philippines here in Orlando.

"We've been wanting to open a Filipino restaurant for awhile," says Bailey, who serves as Kaya's co-founder. "This space will be perfect for us to cook the food we love while creating a sense of community around it. We couldn’t be more excited to be growing the Filipino food scene in Orlando."

While Lalicon and Bailey run Kaya, the Berdins will focus on running Kadence, though all have been involved in staging Kadence's annual kamayan — the now legendary communal, plate- and utensil-free feast of Filipino fare. Prior to opening Kappo, Kadence's predecessor inside East End Market, the group held a Typhoon Haiyan relief fundraiser in 2013 featuring a Filipino tasting menu.

As far as Kaya's bill of fare is concerned, Bailey says it's too soon to get into specifics, but did share that the menu and experiences will change with the seasons.

A full bar may also be a part of the plan, but the space will first undergo some renovations and, obviously, have a larger seating capacity than the nine-seat Kadence.

"We're still iterating on the plans, but we'll definitely be making updates to the kitchen and layout," says Bailey. "We love that it's a house and hope to build on that vibe."

It all amounts to an exciting 2021 after a year that saw Orlando's restaurant scene get battered. 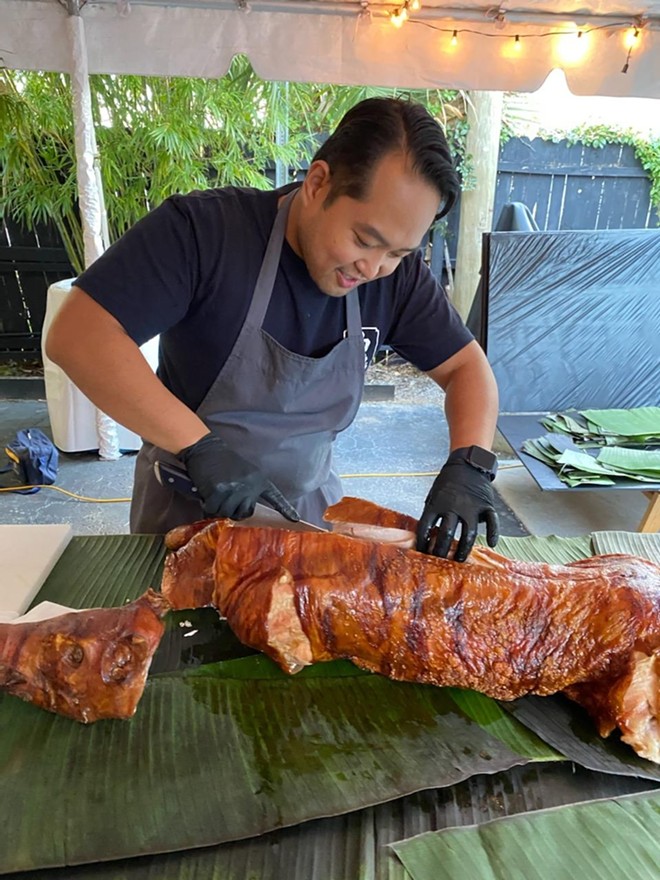 "There’s a phrase — kaya natin," says Lalicon. "It basically means 'we got this.' Filipinos have a fighter spirit and there are many examples of that resilience throughout history, as well as the present. So in a year like this, it's also a reminder to everyone that we can — and we will — make it through.”

If you ask me, next year can't come soon enough.