170 years after her death, U.K. museum 'Mary Shelley's House of Frankenstein' celebrates her life and her most famous creation

Soon one of the world’s most famous female writers will have a museum dedicated to her story, and it only took 200 years for it to be realized. Mary Shelley's House of Frankenstein will celebrate both the literary legacy of her groundbreaking first novel and the author herself. The museum in Bath, England, sits just two blocks away from where Shelley lived for two years and where she wrote most of the book that's often called the world's first work of science fiction.

For Bath, already home to the Jane Austen Centre, this brings back to life another female literary giant. The two museums will be just a few doors down from each on Gay Street, not far from the Gravel Walk and other landmarks. Together the two attractions, and nearby sites, will be a magnet for literary fans. 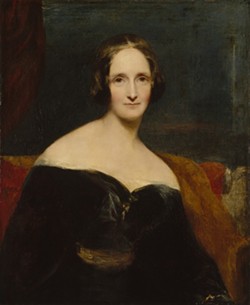 While there have been plenty of attractions inspired by and themed to Dr. Frankenstein's monster, this is the first also dedicated to the visionary creator behind the pioneering book. Over the past half-century, academic studies have increased awareness of Shelley’s groundbreaking literary contributions.

For its part, the new museum looks to accurately present Shelley’s personal life, fraught by numerous tragedies and financial struggles, with the Frankenstein focus of the attraction acting as a counterbalance. The global success of Frankenstein, or: The Modern Prometheus will be examined, including reviewing the monster’s numerous renditions on the silver screen. Shelley's struggles with her lover and her numerous losses, including those of multiple children, will be examined.

Despite telling a 200-year-old story, the museum will feature multiple high-tech exhibits, including numerous "hollusions," hologram-style projections, and interactive scenes designed with selfies in mind. There will also be escape rooms themed to the mad scientist’s lab. 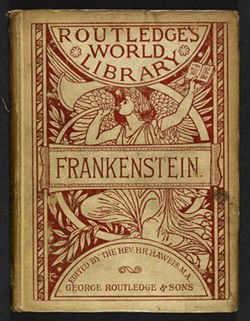 The developers behind Mary Shelley’s House of Frankenstein are billing it as a “multisensory, fully immersive and family-friendly” attraction and have been clear it won’t feature gore. Numerous artifacts will include period-appropriate costumes, original letters written by Shelley, and life-size models of Frankenstein's monster. The multi-story attraction will also include a small café, drawing its inspiration from a creepy tearoom similar to the Georgian era where Shelley’s works may be read. One thing not faithful to the period: This tearoom will serve Bloody Marys.

Originally slated to open in October, the museum is now planning a spring 2021 opening. A Monster Ball celebrating Shelley and her most famous story is also in the works.

Tickets go on sale later this month. Hours, prices, and other details have yet to be shared.
–
Stay on top of Central Florida news and views with our weekly newsletters, and consider supporting this free publication. Our small but mighty team is working tirelessly to bring you Central Florida news, and every little bit helps.