Nighttime entertainment still likely far off, even as fireworks are seen at Disney World 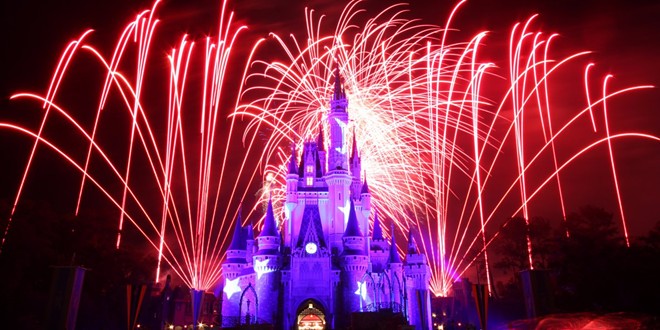 Physical distancing and decreased capacity have meant many of the entertainment offerings that make Disney World magical are now on indefinite hold. Parades, nighttime spectaculars, and other entertainment that causes crowds to gather didn’t return when the Florida resort reopened this summer. Now seven months into the pandemic, we have the first indications of when at least some of the entertainment may finally be brought back.

At the Magic Kingdom, the world’s busiest theme park, holiday parties were canceled this year, as was most of the seasonal entertainment, including the lights on Cinderella’s Castle. Instead, this year there are holiday-themed projections on the castle. To help bring attention, a small pop of fireworks occurs as each one rotates onto the castle, roughly every 15 minutes.

Twice in recent months, Disney has also shot off fireworks after hours at both Magic Kingdom and Epcot. For Epcot, this is rumored to be linked to the upcoming Harmonious nighttime show set to debut next year. It’s less clear why the firework testing took place at Magic Kingdom, but it may be due to storage concerns. Fireworks have an expiration date, and firing them off is the cheapest way to dispose of those coming close to their expiration date. 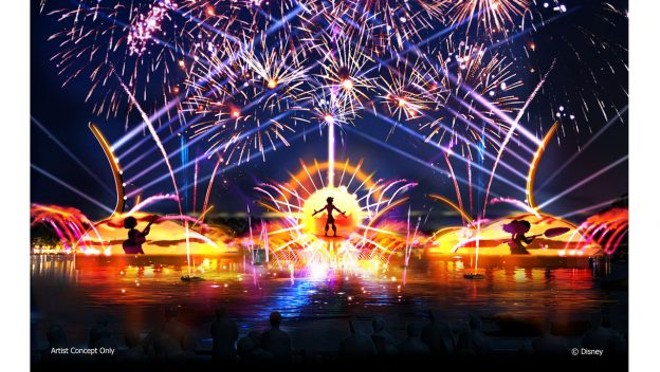 Just outside the Magic Kingdom, the north launch location has also seen some technical upgrades this year, thanks to the extended downtime. While live fireworks aren’t the cheapest option for testing a launch system, the aging fireworks on hand seemed to have provided the perfect opportunity for a live test.

There has been no indication that fireworks or other entertainments meant for massed crowds will return prior to the rollback of COVID-based social distancing protocols. Even on New Year's Eve, typically one of the largest firework displays by Disney, the resort is planning a muted celebration, with all of the parks before of midnight and no special events yet announced.

Even though fireworks may not be returning anytime soon, another nighttime classic seems to be prepping for a return, though it may still be some time before it is seen by guests.

Before the pandemic, industry reporter Jim Hill said he had heard rumors of an upgrade coming to the Electrical Water Pageant. Debuting in October 1971, just a few weeks after the resort’s grand opening, the nighttime boat parade is one of the few original entertainment offerings that remain. Last updated in 1996, the Water Pageant still features many of the original floats.

According to Hill, the plan was to give the beloved attraction a major overhaul with the introduction of multiple Disney franchises and an impressive new lighting package, while keeping its iconic retro feel. The updated version was set to debut as part of the resort’s 50th Anniversary celebration next year. It's believed that plan was postponed as part of the $900 million in capital expenditure cuts across Disney parks and resorts, a result of pandemic-fueled company-wide tightening.

In recent weeks, the parade's floats have been seen cruising around the Seven Seas Lagoon, possibly indicating a return of the parade in the coming weeks. Unlike parades inside the parks, the boat parade is ideal for physical distancing, as many guests enjoy the show from their hotel balconies or along the expansive waterfront.

Taking place nightly in the Seven Seas Lagoon and on Bay Lake, the Electrical Water Pageant visits four hotels, the Fort Wilderness Campgrounds, and can be seen from boats heading to and from the Magic Kingdom. With low demand, Disney has used this time to update the Polynesian Village Resort. It’s slated to return to service ahead of the golden anniversary celebration that will now launch in October. The return of the Water Pageant could be a way for Disney to lower crowds in the parks, as some guests will want to return to their rooms to see the evening boat parade. This will be especially important as park-hopping returns in January.

In early December, Disney characters began visiting select hotels for unscheduled pop-up experiences. This is just the latest attempt by Disney to encourage guests to spend more time at their hotels; the return of the Electrical Water Pageant could work toward the same goal. That being said, budget cuts have made any entertainment, especially that which requires production labor, unlikely to return until Disney leadership is willing to ramp up spending again. Unfortunately, there's no indication that the updated Water Pageant will debut once the boat parade returns, and the plans may have been postponed indefinitely.

Things are slowly returning to normal at Disney World, but until the pandemic is under better control, the chances of entertainment returning in any major way remains unlikely.