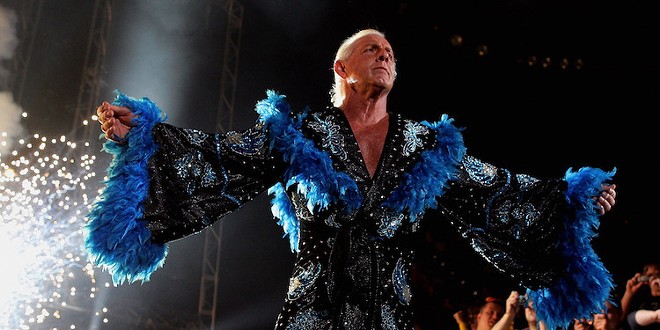 Wrestling legend "the Nature Boy" Ric Flair dropped a bombshell in an interview this week: World Wrestling Entertainment is apparently planning to build a physical "Hall of Fame" right here in Orlando.

As reported by the Wrestling Observer, Flair revealed the big news to Rachel Nichols on a Tuesday appearance on ESPN's The Jump.

When discussing his new Adidas and Damian Lillard sneaker collab based on his signature gold ring robe, Flair said that WWE had purchased that robe from him for inclusion in this very Hall of Fame, Flair told Nichols that WWE "was in the process of building a Hall of Fame, a physical structure … in Orlando," though this undertaking was delayed by COVID.

Flair may have jumped the gun a little, because the WWE did not immediately respond to requests for comment from the Observer about this new Hall of Fame.

WWE does not currently have a hall of fame building, though they do have a yearly Hall of Fame induction ceremony — of which Flair is a two-time inductee.

It's within the realm of possibility, though. WWE has increasingly deep ties to Orlando, with their NXT brand filming at Full Sail University and their Performance Center training facility also located in Orlando. To say nothing of the Amway Center having been turned into Thunderdome for WWE television tapings earlier this year.

Watch the full Flair interview on The Jump below …