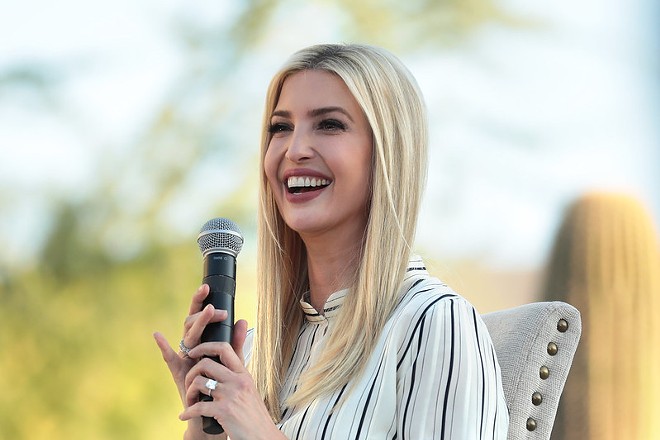 “Just noise” is how Republican Party of Florida Chairman Joe Gruters described Ivanka Trump’s name being tossed about as a potential challenger to U.S. Sen. Marco Rubio, who will be up for re-election in 2022.

However, amid speculation about a post-White House career in politics for the soon-to-be-former first daughter, Gruters, without missing a beat, added that he sees big things politically for the next generation of Trump family members, at least when it comes to Republican Party primaries.

“We have a great governor. We have a great U.S. senator. I would expect both of those individuals to run for re-election and to win their respective primaries,” Gruters, a state senator from Sarasota, said Monday while in the Capitol for the Electoral College vote. “We'll be ready to do all we can to help them in their efforts to be successful. I don't anticipate any outsiders coming to challenge. That doesn’t mean it’s not going to happen.”

Gruters noted that in addition to Ivanka Trump, Donald Trump Jr. has been mentioned as a presidential candidate, and presidential daughter-in-law Lara Trump is considering a Senate run in North Carolina.

“The Trump brand and Trump family is probably the strongest brand that's ever existed within the base of the party,” Gruters said. “My guess is they could almost run for anything in the whole country and be successful within the primary. They would have to convince, wherever they end up running, that they're the best candidates for the job in the general (election). But I would almost guarantee you that any of them running for any primary across the country would be successful.”

While Gov. Ron DeSantis has been a dutiful soldier to President Trump, Rubio had to morph into a loyal supporter after a bitter 2016 Republican presidential primary.

Meanwhile, Ivanka Trump and her husband, Jared Kushner, are reportedly buying into the uber-exclusive Indian Creek Village enclave along Biscayne Bay, which should allow her to meet the two-year residency and voter requirements to run for U.S. Senate in Florida.

And the test for Rubio, Wilson said on his “New Abnormal” podcast at the Daily Beast with Molly Jong-Fast, will be having to overcome President Trump tweeting, “Little Marco was never with me. I put up with him because blah blah, blah.”