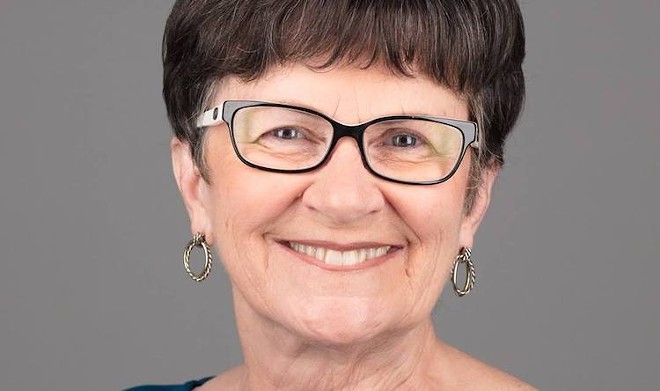 In a Thursday announcement, Townsend highlighted the party’s success in adding voters, raising plenty of cash and flipping local offices during her tenure as Hillsborough Chair, a position she's held since 2015.

“The FDP (Florida Democratic Party) needs transparency, integrity and accountability more than ever before,” said Townsend in a statement. “We owe it to all of Florida’s Democrats to change how our party behaves and operates. The Hillsborough Democratic Party is growing in numbers and influence precisely because of our unwavering commitment to transparency and building a culture of accountability for results. We change what isn’t working and expand on the things that are working — and I firmly believe that every county in Florida can achieve similar results.”

She’s certainly right about things not working. Rizzo took over after the Florida Democratic Party lost the 2016 gubernatorial race to an "accidental racist," then followed it up with a waterfall of lost legislative and congressional seats and a loss to overall loser-in-general Donald Trump.

But even before Rizzo, Florida Democrats have proven to be insanely bad at this. Besides not electing a Democratic governor since 1994, the party most recently managed to lose a Senate seat to Marco Rubio, who said he wouldn’t run in late 2016 after a failed presidential bid, but then realized how cartoonishly unorganized the Dems are, and went back on his word and won.

And of course, who can forget when the FDP got owned in a Senate run against Rick Scott, a widely disliked hairless raccoon who decimated the state’s health care system, lined the beaches with red tide, and paid millions for a broken unemployment website that was designed to shit the bed and did exactly that during the pandemic.

This consistent ass-kicking has left the Florida Democrats with an identity crisis. Now it seems anything that leans left of Joe Biden is bad, and anything that smells like "communism" is both bad and scary, which is odd since Obama tried normalizing relations with Cuba and actually won the state twice.

So, for Townsend, there’s really no where to go but up.

The statewide position will be decided in January, and so far Townsend isn’t the only one who wants this gig. As of this writing, Miami Mayor Manny Diaz, Alachua County Democratic Party Chair Cynthia Moore Chestnut (who's picked up endorsements from Black legislative leaders), Democratic National Committee member Nikki Barnes, and Democratic Environmental Caucus of Florida Chair Janelle Christensen all want a shot.

This story originally appeared on the website of our sister paper Creative Loafing Tampa.