Disney says they're restructuring to help their streaming pipeline, but the long search to replace Iger could also be a reason 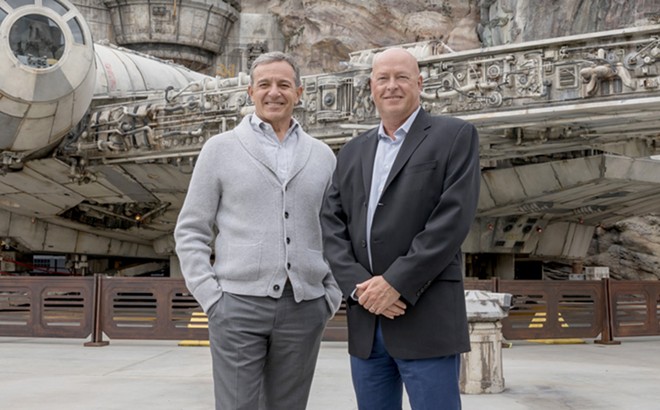 It’s been no secret that Disney has struggled to find suitable leadership that can manage its various divisions. The original plan called for Bob Iger to step down from leading the Walt Disney Company in 2016, but by 2014, it was clear that plan wouldn’t work. The plan then called for a 2018 departure, then 2019, before finally, and somewhat abruptly, succeeding the office to longtime Chairman of Disney Parks and Resorts Bob Chapek in February of this year.

Iger's departure was drawn out for many reasons, not least of which was the difficulty of finding someone who could adequately manage one of the largest entertainment companies in the world. With everything from retail stores to Hollywood blockbusters and cruise ships to Broadway musicals, few companies encompass all aspects of Western culture the way Disney does.

The leadership struggle is nothing new for Disney, and even with Chapek in charge, Iger has taken on the role of executive chairman. This role is designed to be temporary, in part to assist Chapek in dealing with the unique challenges of 2020.

As CEO, Iger frequently shifted execs, including Chapek, around various company divisions. Chapek began in Home Entertainment before serving as President of Consumer Products and Chairman of Parks and Resorts.

Before his promotion to CEO, Chapek oversaw the consolidation of the consumer products division into the parks and resort division, creating the new Parks, Experiences and Consumer Products segment.

“We are strategically positioning our businesses for the future, creating a more effective, global framework to serve consumers worldwide, increase growth, and maximize shareholder value,” said Iger in a prepared statement released at the time of the consolidation. “With our unparalleled Studio and Media Networks serving as content engines for the Company, we are combining the management of our direct-to-consumer distribution platforms, technology and international operations to deliver the entertainment and sports content consumers around the world want most, with more choice, personalization and convenience than ever before.”

The move left the company with four divisions; three focused on the media side and the other on tourism offerings and consumer products. Now the company is restructuring once again, this time with the three media departments within a single Media and Entertainment division. Within this will be three separate sections: Studios, Sports, and General Entertainment. The Parks, Experiences and Consumer Products division will remain as it was previously structured.


Iger’s Supermarket Sweep-style binge buying of what seemed to be all of Hollywood didn’t help matters. With billions in new studios and assets, Disney quickly found itself with multiple redundant positions. Within six months of the Fox acquisition, the company announced more than a hundred layoffs. Less than a month later, Disney let go of Disney Parks West President Catherine Powell and eliminated her position. It’s believed that of the tens of thousands of cast members (Disney’s term for employees) that were let go in the Parks and Resorts division this year, at least some of those are positions that will now be permanently eliminated. However, the company has yet to confirm this.


"The real problem is that — over the past five years — between the Fox acquisition, the launch of Disney+, and the creation of Disney Parks, Products & Experiences — who reports to whom has gotten a little murky. Consider the whole which-of-the-Bobs-is-really-in-charge situation over the past nine months," says Jim Hill, an industry reporter. According to Hill, a more definitive organizational chart should be in place at Disney by the end of 2021, "but for now, especially with the large number of executive positions that have been eliminated via redundancy and/or because of pandemic-related budget crunches, the Mouse House is kind of living that old Hollywood joke 'If my boss calls, please get his name?' in real life."

In October, CEO Bob Chapek explained the new corporate layout will allow for easier navigation of projects through the company’s pipeline from creation to consumer, whether that be via legacy programs such as in-theater releases or via one of Disney’s streaming services.

“Given the incredible success of Disney+ and our plans to accelerate our direct-to-consumer business, we are strategically positioning our Company to more effectively support our growth strategy and increase shareholder value,” Chapek said. “Managing content creation distinct from distribution will allow us to be more effective and nimble in making the content consumers want most, delivered in the way they prefer to consume it. Our creative teams will concentrate on what they do best — making world-class, franchise-based content — while our newly centralized global distribution team will focus on delivering and monetizing that content in the most optimal way across all platforms, including Disney+, Hulu, ESPN+ and the coming Star international streaming service.” The layout also creates a more streamlined succession ladder for potential future leadership, with what amounts to a cushion between the CEO and the various departments. However, it still encourages the cross-promotion that Disney has always been known for.

In recent years Disney has been criticized for its bloated middle management, which is seen to slow down projects like new additions to the theme parks or tentpole films. The streamlined, updated corporate layout should also address this perceived weakness.


Bob Iger’s executive chairman position is expected to remain in place until the pandemic diminishes, at which point Chapek will take full control of the company. This will likely trigger yet another update to the company's corporate structure.

As it was just launched at the beginning of this quarter, it’s still too early to know how the update will help Disney moving forward. The company says it plans to share more details on the new structure and how it plans to report earnings within the various departments during upcoming investor events, possibly during the annual meeting of shareholders scheduled to take place March 9, 2021.