Icon Park is getting a ton of new attractions, but its developer seems to have given up on tourists 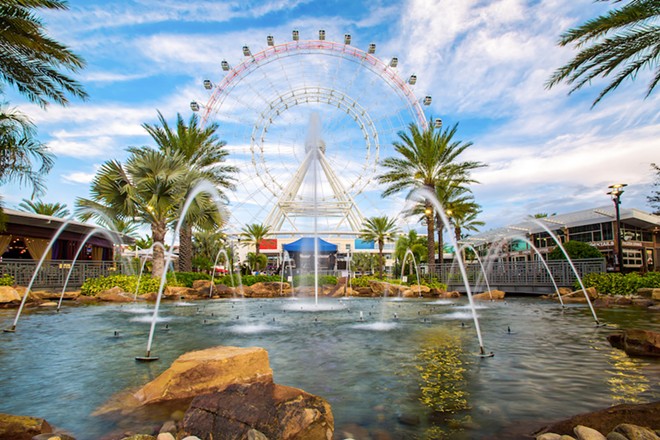 Orlando’s Icon Park made a big splash when, in 2015, it opened with the largest observation wheel east of the Mississippi. The development, then known as I-Drive 360, has seen a constant stream of tourists. Since then, various plans for a massive influx of new attractions have been planned but with multiple new attractions now in the works. Now, those plans finally look to be happening. While some of the businesses within the complex have been embraced by locals and tourists alike, causing crowds even on the slowest of nights, other tenants have struggled.

Icon Park has evolved greatly since opening. Originally, Phase Two included apartments, a powered zipline, and a heliport but each of those projects has been canceled. Cowgirls, the Skeletons Museum of Osteology, and various smaller stores have each come and gone, while the Wheelhouse, where the Sea Life Aquarium, Madame Tussauds, and the observation wheel are located, has seen its small food court go through various iterations over the past half-decade.

Illinois-based Family Entertainment Group recently purchased the small arcade in one of the alleyways that connect the parking garage to the Wheelhouse. The plan is to rework the arcade and Wheelhouse offerings while adding multiple new attractions within the Wheelhouse itself. A mirror maze, an escape room, a Bob’s Space Racer Game, and virtual reality experiences will all be added to the new 7,000-square-foot In The Game at Icon Park attraction planned for the Wheelhouse. A late winter opening is expected.

Nearby in the former Skeletons space, a new Museum of Illusions is slated to open in early 2021.

While each of these will help bring in crowds, none of these attractions will be as visible as the two attractions coming this summer.

On the southwest corner of the development, two massive new rides will slowly begin to rise in the coming weeks. The Icon Park Drop Tower will rise 430 feet into the air, making it the world’s tallest free-standing drop tower. Riders will circle the tower as they rise 40 stories before tilting forward to face the ground and then drop at 75 mph. Next door to the drop tower will be the Slingshot. Two pyramid-like towers will stretch 30 stories into the air. Riders will be strapped to seats inside a small open-air ride vehicle and will then be flung 450 feet into the sky, reaching speeds of up to 100 mph.

The owners of the nearby Starflyer swing ride are developing both attractions, and like the Starflyer, both will hold world records for their height.

This comes as Icon Park developer Chuck Whittall of Unicorp has also dramatically scaled back his plans for a similar development, O-Town West.

That project, on Palm Parkway near the Vineland outlets, was originally designed to be a more upscale version of Icon Park with a central lagoon where a Bellagio-style fountain show was to take place. Multiple restaurants and hotels were to overlook the lagoon. Instead, those plans were replaced with a generic strip mall style development similar to the uninspiring, forgettable ones found throughout the region.

The high-end restaurants once expected to join the mixed-use development have made way for a lineup of typical strip mall businesses including Taco Bell, the world's largest White Castle, Gator's Dockside, Portillo's, Jeremiah's Italian Ice, Flipper's Pizza, Wendy's, Action Gator Tire, Mr. Clean Car Wash, World of Beer, Tijuana Flats, Publix, McDonald's, and other standard suburban chains. A Zen Hotel and a nine-story, 350,000 square foot office building, home to the headquarters of Marriott Vacations, will also be found within the project. Missing from the project is any mention of tourist attractions, a swimming lagoon, water fountains, or any other unique elements mentioned back when Whittall was pitching the project.

Despite Whittall’s shift in tactics for his follow-up after Icon Park a bit further south at Margaritaville in Kissimmee, a similar playbook to the I-Drive attraction is being followed. The developers of the two new Icon Park thrill rides are planning similar offerings at that development’s Sunset Walk retail complex. According to public documents filed with the state, the developer looks to be calling that project the Sunset Walk Thrill Zone. It’s expected to open in about one year.

All the new attractions at Icon Park should be open by this summer, as should the first round of businesses within O-Town West.