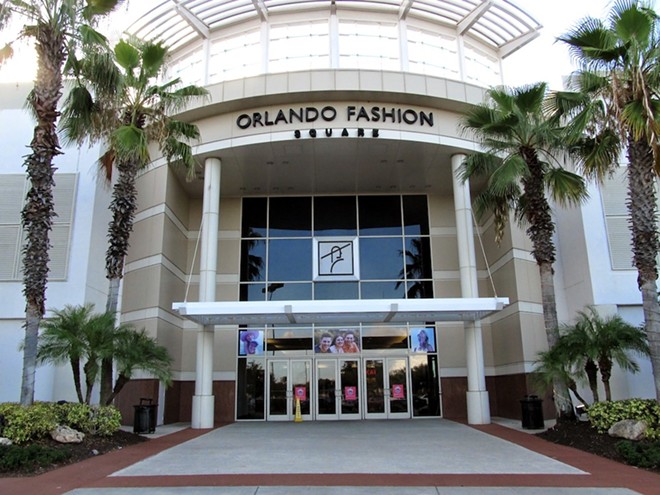 While the outlets and Disney Springs have seen some return of pre-pandemic crowd levels, many Central Florida shopping centers continue to struggle. The story isn’t one exclusive to the region as the nation grapples with the glut of underused retail and aging malls. Now, across metro Orlando, even some of the most popular shopping centers are undergoing significant updates to appeal to the consumers of the twenty-first century. 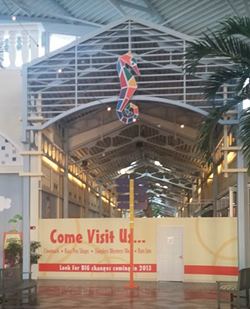 The evolution of shopping centers is nothing new for Central Florida. The last major economic recession was the final straw for many of the region’s already struggling malls, and within five years, malls across the region saw massive closures. The dominos began to fall in 2011 when the struggling eight-year-old Festival Bay mall announced it would be undergoing a remodel. A year later at the Oviedo Mall, which had faced its own lack of shoppers, one of the spaces earmarked for a restaurant become a beauty school. That same year across town in Ocoee, a major anchor announced it was pulling out of West Oaks Mall. Things didn’t look much better at the 16-year-old Seminole Towne Center, where Sears cut its store in half, closing the lower level.

In 2013, the decline continued with Target confirmed it would be leaving Leesburg’s Lake Square Mall, while the mall itself was put up for auction. By the end of the following year, JCPenney left the Lake County mall, leaving half of the anchor tenant pad abandoned.

By the end of the decade, nearly every mall in the region, with the exception being of those that catered specifically to tourists, was facing an exodus of anchor tenants.

Many of these enclosed malls began looking at a local success story to figure out what to do next. The Winter Park Village faced these same issues back in the early 1990s, back when it was the Winter Park Mall.

One of the first air-conditioned malls in the South, built in 1964, the iconic Orlando-area mall had seen better days and by 1993 only a single anchor tenant was left. The enclosed mall was reimagined as a mixed-use town center concept, one of the first mall retrofits in the nation, with all but one major tenant, a Dillard’s, getting an update.

The Dillard’s had vowed to remain open, but, as construction continued around it, the store closed, forcing the developer to quickly remodel the store to fit in with the rest of the mall, creating the bland, boxy building where Guitar Center and Cheesecake Factory can now be found. The number of restaurants within the center was increased and retailers not typically found within a mall, like a grocery store, were added.

The ambitious plan wasn’t without its critics, including tenants who were unsure if the open-air concept with rear parking would work. But when the center opened in late 1999, it was an immediate success. Residential and office units took advantage of the upper floors of multi-story buildings, including the existing former Dillard’s.

Now, 20 years later, even Winter Park Village is facing steep competition and a plan to reinvigorate, thanks in part to the large number of business closures this year. The Winter Park Village update is more of an aesthetic update than a full overhaul, with many of the existing bones remaining in place — much more so than other malls are looking forward to. For most of these shopping centers, the plan looks a lot like Winter Park Village's first transformation, even though WPV is facing its struggles now.

The shift from retail to entertainment uses is one that is playing out in nearly every shopping center in the region. Festival Bay became Artegon in 2014, and is now in a third iteration, Dezerland. The structure got a similar surface update this year to become Dezerland, after the massive remodel prior to its opening as Artegon. This most recent iteration keeps nearly every wall in place, instead focusing on the benefit of space the empty mall provides. A huge car "museum" now takes up half of the building, while go-karts, bowling and an arcade can be found in other sections of the former mall.

Ironically, one of the biggest transformations planned in the region is of the shopping center that helped kill the former Winter Park Mall, Fashion Square. For years the dying mall near downtown Orlando has tried attractions like those found at Dezerland: bowling, arcade games, office space, and a calendar filled with special events weren’t enough to save it.

Chuck Whittall, the local developer behind the highly successful entertainment and dining-focused Icon Park development on International Drive, now has plans to rework Fashion Square into a mixed-use outdoor shopping complex with a road network connecting the new shopping village. Event space and large park-like areas for shoppers will be scattered throughout the complex, while parking garages will help address the moat of surface parking that currently obscures the mall from nearby busy streets. The new plan calls for offices, indoor go-karts, a hotel, and more than 1,500 high-end apartments.

West Oaks saw some of its retail space reworked as office space in 2016 and 2018. Last year the Oviedo Mall announced plans to add apartments and a hotel to its lineup, which now includes a family entertainment center like the one Fashion Square had. The same lineup of go-karts, bowling, arcade, and movies can be found at the Lake Square Mall, where more entertainment was added in recent years, even as the various owners double down on the idea of keeping it as an enclosed retail-anchored shopping destination. 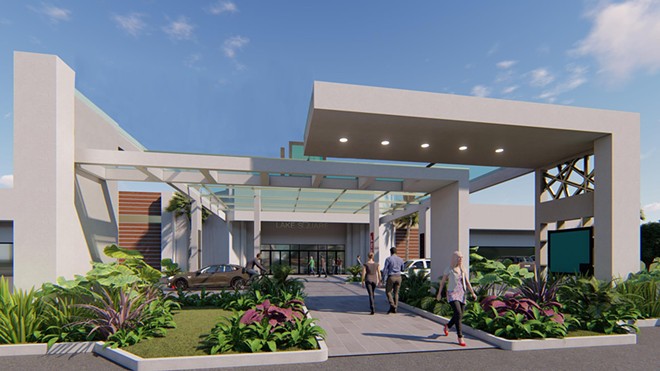 Entertainment alone doesn't always work. On International Drive, Pointe Orlando tried the entertainment as a draw, but after major tenants such as XS and FAO Schwarz closed, the mall has struggled for years to attract shoppers. A family entertainment center, large movie theater, and other entertainment offerings haven’t done the trick. Now Pointe Orlando plans to try its hand at reworking the mall to create more park-like outdoor spaces where shoppers can mingle, an important tool to keep today’s consumers, who are more likely to step away from shopping to check their phones, on site longer. The plan also includes art installations designed for selfies and social media. Similar art installations will also be found at the updated Fashion Square Mall and Winter Park Village.

Seminole Towne Center has now given up on the idea of exclusively focusing on traditional mall retailers, announcing that it would be looking for new uses for its site, including the possibility of residential, office, or entertainment uses. Its current owner, Kohan Retail Investment Group, received the mall in a deal that let the former owner avoid defaulting on its loans. Kohan, who previously owned the Lake Square Mall, specializes in dead and dying malls and owns numerous dying malls around the nation, including Alabama’s famed Jasper Mall, the focus of the documentary film of the same name that debuted at this year’s Slamdance Film Festival.

It's not just major shopping centers that are looking to diversify their offerings. With demand for traditional retailers diminishing, many plazas, large and small, are looking at alternative tenants. Numerous strip plazas across the region now house breweries, escape rooms, and other experiential, non-retail tenants.

Tabani Group, the company behind Baldwin Park’s retail center, recently purchased a small 60-year-old plaza on South Orange Blossom Trail. While they didn’t share their plans, an Orlando Business Journal story points out that the Holden Avenue extension (first announced by city staff in 2016) will eventually connect the center to Millenia. Nearly a third of the company’s holdings are town center-style developments similar to Winter Park Village.

Malls like Millenia and the Vineland Outlets, both of which have seen their own small updates in recent years, show that a more traditional retail-based shopping center can succeed, but those centers are becoming the exception (and rely to some extent on tourism to survive). Instead, Orlando’s retail centers are evolving to become the mixed-use hangout spots that appeal to today’s consumer. In the era of same-day delivery, experiences and social opportunities have come to replace the late-20th-century shop-'til-you-drop consumerism that fueled the building boom when many of these centers to be built.