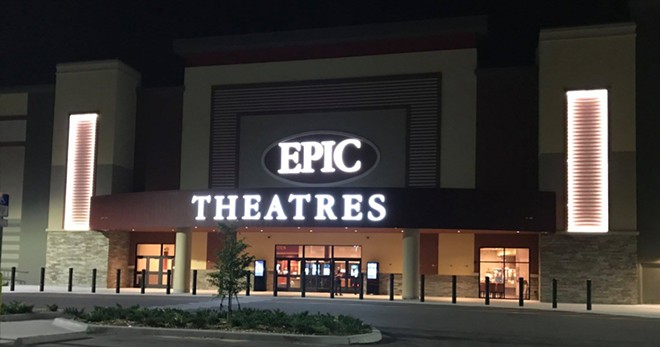 From new management to a new venue, from date changes to a hurricane and a pandemic, the Central Florida Film Festival has seen it all over the last three years. Now, after a nearly 16-month absence, CenFlo is finally back at Epic Theatres in Mount Dora, January 22-24.

The changes began in 2017 when festival founder and director Bob Cook handed the reins to Brendon Rogers, who moved the event from Ocoee's West Orange Cinema to Mount Dora the following year. Rogers also shifted the festival from Labor Day weekend to the weekend after the holiday, as that was a better fit for Epic. But because of a hurricane in 2019, the festival scooted to late September. Fed up with bad weather, Rogers and his team finally decided to move CenFlo permanently to January.

“[In 2019], we had to postpone because of Hurricane Dorian, and unfortunately because of that postponement, there were a number of filmmakers … who were unable to attend,” says Rogers. “We kind of had a little powwow between the board and the executive team and decided [to put] together an exploratory committee to find a better time of the year. … So we opted for January because it was after the holidays and people could plan their traveling better — and the weather, of course. … And also the snowbirds are back.”

Rogers and Jennifer Fink, director of operations, also avoided conflicts with other local events, such as the Mount Dora Arts Festival and Sanford’s Love Your Shorts Film Festival in February. But they could not have anticipated COVID-19, which has forced them to again alter their event.

“Since we have taken over the festival, we have faced some unique challenges,” says Fink. “It’s been a lot. However, we continue to do the best that we can, producing a festival that filmmakers enjoy and want to keep coming back to. We also, despite these challenges, have increased the number of films shown every year.”

That’s an understatement, as the festival has expanded from 66 films in 2018 to 125 in 2019 to an anticipated 173 this year. That includes 12 documentary features, 11 dramatic features, three comedic features and 147 shorts. The films were curated from 177 submissions, not counting four films that were accepted outside the normal submission process, including two accepted by virtue of winning Orlando’s FilmSlam (the one run by Jen Vargas, not Enzian Theater). If you do the math, that means CenFlo has accepted almost all films that applied, but Rogers insists quality is high.

“We’ve got some truly amazing films this year,” Rogers says. “They’re just outstanding, and it was very easy for the selection committee to be like, ‘Oh, yeah, absolutely.’”

Rogers also says the increase in accepted films is commensurate with an increase in submissions, which also grew by about 50 from 2019. So why did submissions rise so dramatically, especially during a pandemic?

“Part of it was definitely being more aggressive on social media to create awareness about the festival itself. And then there [were] a number of … filmmakers who had films in the festival in previous years who have just kept coming back year after year,” Rogers says. “We were thrilled. We didn’t expect [that many], especially this year with COVID. … We kind of had very tempered expectations when we opened submissions up back in February, [but] because we moved the festival from September to January, our submission window is a lot wider than it had been.”

“We have a lot more shorts this year, and that could possibly be COVID-related because it’s easier to make a short than a feature,” Rogers says. “Every year that we’ve actually been running CenFlo, we’ve added a category [of shorts]. The first year we had added suspense/horror shorts. [In 2019] we added … animated back in … and then this year we’ve added sci-fi/fantasy shorts.” 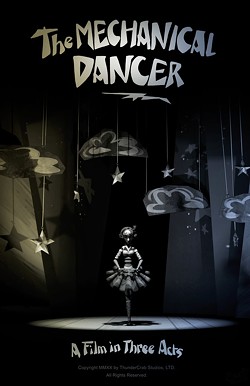 Though this year’s CenFlo includes films from as far away as Iran, homegrown movies have always been a big part of the event. That tradition continues, with more than a third of this year’s movies having a Florida connection. But, unfortunately, networking opportunities for local filmmakers will be slightly more limited thanks to coronavirus.

The festival will still offer two in-person panel discussions and several meet-and-greets, but with fewer food options, a scaled-back red carpet and spaced-out tables (including some outdoors if weather allows) — all while observing mask protocols. In addition, attendance will be somewhat restricted to ensure social distancing within the three auditoriums being used for the festival.

“Most festivals this year were virtual, which absolutely makes sense,” Rogers says. “Film festivals don’t have an SOP [Standard Operating Procedure] or a playbook that they can refer to if something like [COVID-19] happens, and the last time that there was a pandemic this size was over 100 years ago when there were no such things as film festivals. So I think film festivals — all of them — are trying to figure out how to do it in real time. But when we were told by Epic that they would be open … we decided to just go with it.

“[Epic] is a big theater. … The size of the building, along with the fact that Hollywood [is] still really not putting anything out, would logically lead one to the thinking that most of the people in the building that weekend will probably be our people for the festival, the filmmakers. So we’ve just been very clear about … the protocols that we’re doing. Not all of them are required by the city; not all of them are even required by the theater. But it’s things that we’re doing just to make sure that everyone’s on the safe side.”

A ticket to a single feature, shorts block or panel discussion is $10, a day pass costs $35, and an all-festival pass sells for $85. Those tickets are available online at CentralFloridaFilmFestival.com and will also be available at the door, subject to capacity restrictions and availability. The website also contains a full list of films and a screening schedule.