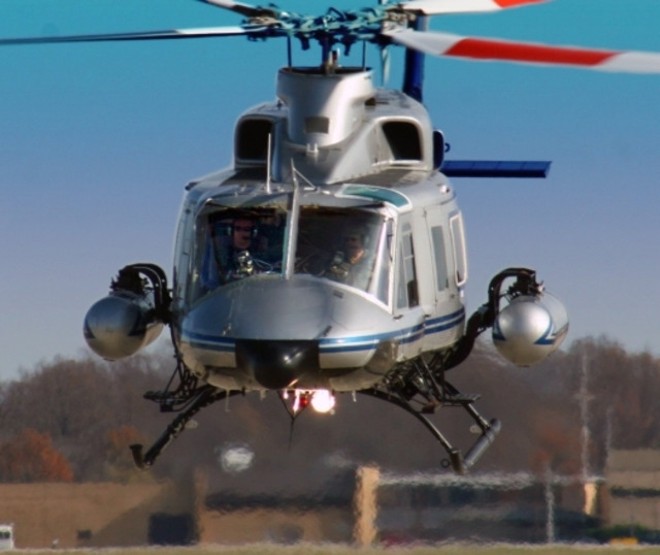 Tampa residents may notice a low-flying helicopter presence next week.

In preparation for Super Bowl LV, which is scheduled for Sunday, Feb. 7, the U.S. Department of Energy’s National Nuclear Security Administration announced that on Monday one of the Nuclear Emergency Support Team (NEST) Bell 412 helicopters will begin measuring naturally occurring background radiation in the Tampa area.

If this all sounds vaguely familiar, it’s because this is pretty much the plot of the 1991 Tom Clancy novel The Sum of All Fears, which is essentially about the detonation of a nuclear “dirty bomb” at the Super Bowl. (The film version, oddly enough, stars Tom Brady's ex, Bridget Moynahan.)

“The aerial surveys are a normal part of security and emergency preparedness activities,” says NNSA. “By calculating the normal amount of radiation occurring in an area, the NEST team is able to quickly recognize unusual levels before, during, or after an event. DOE/NNSA is making the public aware of the upcoming flights so citizens who see the low-flying aircraft are not alarmed.”

The low-level helicopter flights will run from Feb. 1 through Feb. 3, and will be in a grid pattern from an altitude of 150-feet or higher during daylight hours at approximately 80 mph. The agency emphasizes that no other types of surveillance will occur during these flights.