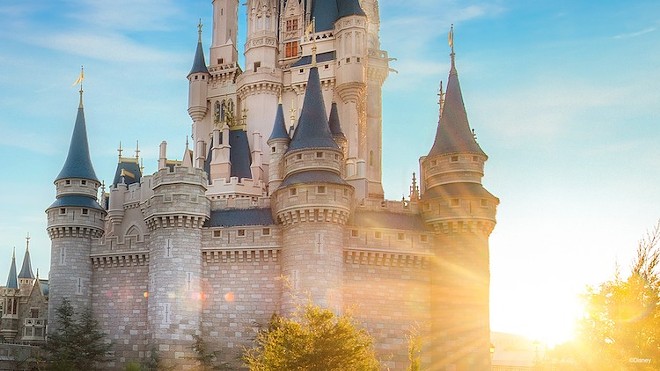 On Valentine’s Day, Chevrolet will unveil its latest 2022 Bolt electric vehicles in a marketing campaign partnership with Walt Disney World. The announcement will include the unveiling of the 2022 Bolt hatchback and EUV.

Chevrolet and parent company General Motors have long been sponsors at Walt Disney World. GM has sponsored the transportation pavilion since Epcot’s opening in 1982. When World of Motion made way for Test Track, the sponsorship continued. Then when Test Track saw a major overhaul, GM replaced the companywide branding with that of Chevrolet.

The marketing campaign between the two is similar to one Honda already has for its Odyssey. That campaign focused on the Disneyland resort where Honda sponsors the Autopia go-kart attraction. The teaser marketing for the Bolt is similar to that of the Honda Odyssey, with plenty of references to pixie dust, Disney magic, and families united by their love of Disney.

But Disney’s relationship with GM is far deeper than that with Honda. GM hired Walt Disney in the 1940s to work on safety videos. Mary T. Barra, GM’s Chairman and CEO, sits on Disney’s Board of Directors. When Disney launched its on-site rideshare program, Minnie Vans, it used Chevrolet SUVs.

In announcing the upcoming Bolt promotion, Chevrolet stated, “Realizing the dream of an all-electric future will require more than just technology — it’s about having the desire, imagination and ingenuity to build a better tomorrow.”

For Disney, that ‘better tomorrow’ includes something else: autonomous vehicles.

Jim Hill shared details of the project in a podcast episode a few months later. According to Hill, the program would first launch as a way for cast members to navigate backstage. Before its pandemic-related pause, Disney used dozens of rental buses to transport college program participants around Disney World and had buses for cast members' use. Once the technology was proven and this small beta program was established, it would then roll out to guests across the resort.

By 2018, the two startups involved were accusing each other of stealing technology from one another. A flurry of court documents obtained by Jalopnik in 2018 confirmed the Disney project had been planned but was already deteriorating by the time the LA Times report had come out due to the ongoing feud between the two companies. As Jalopnik reported, the documents called for a fleet of up to 100 vehicles across the San Francisco sized resort with at least one demonstration vehicle already at Walt Disney World by 2017.

If the project had moved forward, the defendant argued, “the Disney World demonstration alone would give” sale of “$595 million in 2021.” But with the legal challenges growing, the project was never realized.

A year after the nasty court battle, Disney opted to update its current bus fleet with new character wrapped, tech-friendly buses. Still, these updates may be a Band-aid as the company looks to more drastic shifts.

While companies Disney had picked to take it into the autonomous future were fighting in court, GM was busy trying to find its own path toward driverless vehicles. It looked at Lyft’s and Uber’s but eventually settled for Cruise. Since then, the company has leaned heavily on emerging technology for its vehicles, announcing that by 2035 all of its cars and trucks will be zero-emission. The automaker plans to be fully carbon-neutral by 2040.

While many early contenders in the autonomous vehicle race, like the two Disney picked, have crashed, a few have pushed through to the nearly fully autonomous goal that seemed like a pipe dream just a few years ago. Autonomous shuttles now drive around suburbs and town centers, including Orlando’s Lake Nona, where Disney is rumored to be shopping for office space. One of the leaders in getting autonomous vehicles onto public streets is Cruise, which is already testing autonomous vehicles around San Francisco.

While GM may be behind the push for Cruise’s expansion, Honda isn’t forgotten about — they, too, are an investor in the startup. Other investors in Cruise include Microsoft, with whom Disney announced a partnership in 2019. Both the Disney partnership and the Cruise one involve Azure,  Microsoft’s cloud and edge computing platform.

The 2022 Bolt will also harness similar tech, in what Chevy markets as "industry’s first true hands-free driver assistance system" thanks to a Super Cruise subscription service. The new Bolt is just the latest in a company-wide refresh GM has undergone in recent years. That may explain why the company could be looking at gaining more visibility out of its partnership with Disney.

Disney, like many major corporations, is working to decrease its carbon footprint. The company tracks its carbon footprint by division, with a self-imposed carbon tax used to offset its impact. The program has been in place since early last decade but has seen increasing scrutiny in recent years. Disney World has embraced solar farms, renewable energy and other carbon-cutting initiatives. But, according to one expert who spoke to Orlando Weekly, Disney World’s massive transportation fleet, which includes more than 300 buses, is a major sticking point for the Parks and Resorts division.

The shift to autonomous vehicles could also have other benefits, including lowered labor costs. In 2019, Cruise acquired Dashride, an automated dispatching service for rideshare fleets. This type of service is similar to Disney's Lyft-backed Minnie Vans (which have not returned since the resort reopened).

In an interview with CNBC in December, Cruise’s CEO promised 2021 would include “a lot more” from the company while noting the progress moving forward will be “much more visible and tangible.” It’s unclear if this will include shuttles at Walt Disney World.

GM plans to offer at least 20 electric vehicles in North America within the next four years. The 2022 Chevy Bolt reveal will occur on Feb. 14, and the 2022 Bolt and Bolt EUV will be available to consumers later this year.
–
Stay on top of Central Florida news and views with our weekly newsletters, and consider supporting this free publication. Our small but mighty team is working tirelessly to bring you Central Florida news, and every little bit helps.