This year's Gasparilla parades in Tampa are now canceled 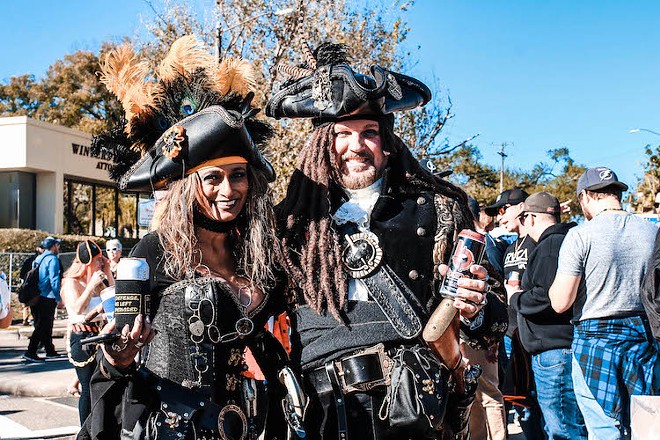 The run-up to and aftermath of the Bucs’ historic, home stadium Super Bowl victory may have felt like a mini-Gasparilla, but Tampeños should probably put their pirate cosplay away now, because Tampa’s Gasparilla parade is canceled for 2021.

Citing the health and safety of parade-goers, organizers for the big Gasparilla parade as well as the kids’ parade — originally postponed until April 17 and April 10 respectively — canceled the gatherings outright on Tuesday.

Instead, fans of Gasparilla should look forward to 2022, when the big parade and kids’ parade will happen on Jan. 29 and Jan. 22, respectively.

“This year's cancellation of Gasparilla festivities is not the first in event history,” organizers wrote in a press release. “Over the past 107 years, parades were not held for numerous reasons, including when the city had limited public celebrations or during wartimes.”

A rep for the Knight Parade, which is postponed until May, told Creative Loafing Tampa Bay that they were still waiting to get official word on that event.

Ticketholders can get a refund, roll their credit over to 2022 or donate the value of their tickets to local charities. “Ticket holders will receive further information by email or can contact office@eventfest.com or (813) 251-8844,” the release says.

So what about the other Gasparilla-related events? A rep for Gasparilla Music Festival, which had yet to even announce dates for its 2021 concerts, told CL they would have an update later this week. CL also reached out to organizers for the Gasparilla International Film Festival (postponed until May), and we expect to see an update from the postponed Gasparilla Distance Classic soon, too.