New travel guide showcases the South's embrace of civil rights tourism, but Florida is left out 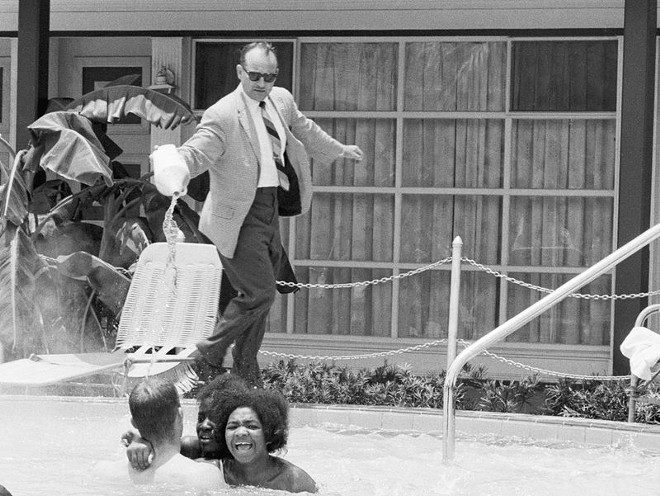 Florida is beginning to acknowledge the horrific injustices of its past, but it is lagging behind as other states forge ahead.

In 2019, Florida attempted to embrace a growing interest in civil rights tourism when it added five sites to the U.S. Civil Rights Trail. The Trail was established the year prior as a way to connect the more than sixty primary and forty secondary sites that played a paramount role in the civil rights movement of the mid-twentieth century.

At the time of Florida’s additions to the Trail, Orlando Weekly critiqued the descriptions of the sites penned by the state tourism bureau, Visit Florida, characterizing the descriptions as “so carefully inoffensive that it's hard to tell why they're even significant."

Those descriptions left out important details and ignored many other locations across the state. Today, in the middle of Black History Month, the Visit Florida site has barely any minorities present on its homepage and no acknowledgment of its website's small African American Heritage section.

This may be why the state is conspicuously missing from the new Moon U.S. Civil Rights Trail guide by Moon Travel Guides. Out of the more than 300 pages in the book, there are no mentions of Florida’s sites. Instead, the book, which is designed to be a travel companion for those seeking to explore the Trail or segments of it, focuses on eight other Southern states and the District of Columbia.

Written by Deborah D. Douglas with a foreword by artist and civil rights activist Bree Newsome Bass, the Moon U.S. Civil Rights Trail helps travelers understand the context of the various sites along the trail while also providing recommendations for local Black-owned businesses, festivals, weather advisories and other important information.

“Black communities and cultural experiences rarely make it into official travel messaging and resources, as they are not often thought of as destinations or must-dos. But they are,” Douglas said. “In Moon U.S. Civil Rights Trail, I encourage visitors to patronize Black-owned restaurants, shops, and other local happenings that celebrate the contributions African Americans have made to American culture and history.”

The Moon U.S. Civil Rights Trail guide is the latest in a growing tourism sector. Even before last summer’s racial reckoning throughout the nation, there has been increasing interest in civil rights-based tourism. When the Smithsonian’s National Museum of African American History and Culture opened its doors in 2016, it saw record-breaking demand with timed entries required to keep crowds at bay.

Two years later, when a lynching memorial opened at Montgomery, Alabama, it garnered international attention. The Equal Justice Initiative, the organization behind the memorial, worked with Florida officials to erect a monument to July Perry, who was lynched on Election Night 1920.

Earlier this year, Nashville opened the National Museum of African American Music. The museum is paired with multiple other civil rights-based attractions and memorials, many dedicated to what Douglas refers to as a “hotbed of student activism” that was Nashville in the 1960s. In Charleston, the International African American Museum is slated to open next year. The waterfront museum, located near where many African slaves were first brought to the U.S., is expected to attract more than 125,000 guests per year.

These museums and historical sites are a growing part of the cultural heritage tourism sector, an industry that has a $171 billion economic impact by some estimates. Douglas’ book unifies these sites while adding important narratives to them.

Still, as the sector grows, more museums and memorials are expected. In a 2016 interview with tourism publication Skift, EJI’s deputy program manager pointed out the parallels to “Holocaust museums around the world that invite an understanding of those crimes and those impacted, and it dares us to never forget what happened.”

Florida has multiple Holocaust museums. In Orlando, a new 40,000-square-foot Holocaust Museum for Hope & Humanity is planned for the former Orlando Chamber of Commerce site on the shores of Lake Ivanhoe. The group behind the new museum, the Holocaust Memorial Resource & Education Center of Florida, saw some backlash from right-wing news outlets late last year when it opened a temporary exhibit that had thematic ties to the nation’s racial injustices.

Even as the July Perry memorial marker sits in downtown Orlando, Orange County’s 32 other lynchings, the highest number of any county in the state according to the EJI, have yet to receive the same attention.

The region lacks many of the civil rights resources and museums other communities have embraced as a way to help current and future generations understand this aspect of American history. Instead, places like the Orlando Science Center, where the first memorial to the Tuskegee Airmen Red Tail Pilots is located, have had to fill the void.

“There is power in connecting to the places where successful resistance began,” said Douglas. “We are literally surrounded by greatness and don’t even realize it. So many of the places I visited when writing this book are part of the daily fabric of our lives, but we miss opportunities to engage with these stories and experiences from the viewpoint of greatness they represent.”

“Thankfully, more cities and institutions are waking up to the narrative power of African American history, including the Civil Rights Movement,” added Douglas. 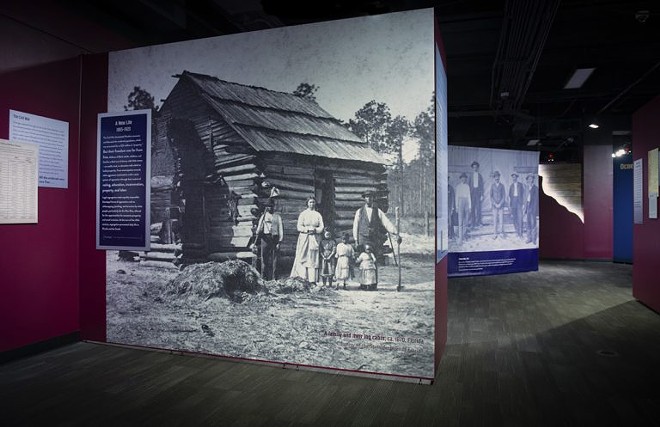 The Moon U.S. Civil Rights Trail: A Traveler’s Guide to the People, Places and Events That Made the Movement is now available at independent bookstores and online.

For those seeking more information on local civil rights history, the Orange County History Center’s exhibition on the 1920 Ocoee Massacre is on display through March 7.