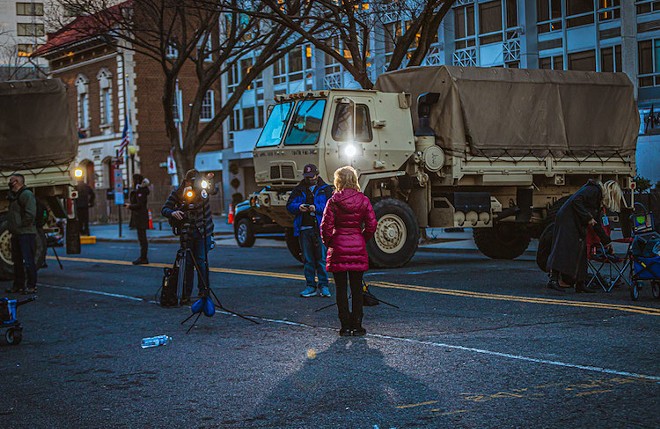 State Sen. Janet Cruz proposed legislation Tuesday that would make attacking or threatening a journalist in the state of Florida a hate crime.

“It is a dark reality that members of the press in our country are facing a heightened risk of violent attacks as a result of irresponsible leadership throughout our country,” said the Tampa lawmaker in a statement. “What sort of indictment is it on us if we fail to protect those that pursue no other goal but the interest of the public good?”

The Offenses Against Members of the Press bill (SB 1558), would essentially give journalists pre-existing hate crime protections, and escalate penalties when a crime is committed against a member of the media.

While being a journalist is a choice, currently hate crimes in Florida
cover things that are not a choice, like race, color, gender, gender identity, religion, ethnicity, ancestry, national origin, sexual orientation, mental/physical disability and homeless status.

In her statement, Cruz cited the Jan. 6 insurrection at the U.S. Capitol as a motivating factor for the proposed legislation.

“During the attacks on the U.S. Capitol, multiple members of the press were surrounded, intimidated, their equipment destroyed, and their lives threatened,” said Cruz. ”Reporters remarked that in coverage of the insurrection at the Capitol they had to wear protective gear used in covering conflicts in Iraq and Afghanistan. Perhaps most memorable, was the image of ‘Murder the Media’ scratched into a door inside the U.S. Capitol. This is about staying true to our nation’s most sacred values. Preserving the relationship of mutual trust with an essential institution, like a free press, is instrumental to the success of our democracy.”

"Murder the media" written on a Capitol door where protestors were exiting the building pic.twitter.com/NnSMEYwN47


This story first appeared in our sister newspaper Creative Loafing Tampa.
–
Stay on top of Central Florida news and views with our weekly newsletters, and consider supporting this free publication. Our small but mighty team is working tirelessly to bring you Central Florida news, and every little bit helps.