Orlando ranks fourth highest in concentration of gay and lesbian coupled households in the U.S., according to new Census report 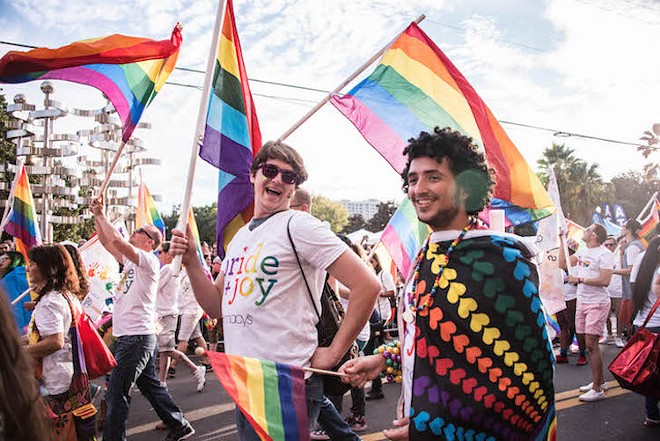 Orlando is home to the most gay and lesbian coupled households in the entire state of Florida, according to a new study released by the U.S. Census Bureau this week.

As reported by the AP, Orlando and Miami placed fourth and sixth respectively on a ranked list of metro areas nationwide with the highest percentages of same sex couples.

This study used data from the Census' 2019 American Community Survey.

Topping the list were standbys like San Francisco, Portland and Seattle, but Orlando came in strong at number 4, elbowing aside cities Austin, Boston and Phoenix.

“Miami is a port city and Orlando is the epicenter of amusement parks and hospitality, so it makes perfect sense,” Nadine Smith of Equality Florida told the AP. “The cities have led the way for sure, rebuilding Florida’s image from a really hateful history.”

Coming on the same day as the U.S. House of Representatives passed the LGBTQ+ civil rights bill the Equality Act, these are indeed a 'couple' of reasons to celebrate.