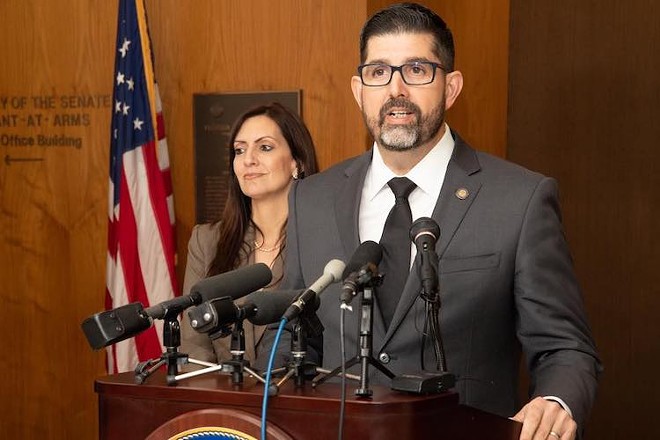 With the 2021 legislative session set to begin next week, Florida lawmakers could further broaden the state’s school-choice landscape with what are called “education savings accounts.”

Lawmakers are considering a far-reaching proposal (SB 48) that would expand eligibility for voucher programs and allow parents to use taxpayer-backed education savings accounts for private schools and other costs.

The plan, sponsored by Sen. Manny Diaz Jr., R-Hialeah, would also fold existing voucher programs into two main scholarships, with one serving students with special needs and the other directed at the broader population of students. Both would involve the use of education savings accounts, giving parents flexible spending power with 97.5 percent of the current state per-student funding level, or roughly $7,600.

“The streamlining part of the bill and the consolidation is to facilitate ... parents to be able to access the scholarships, an easier-to-use one-stop shop, and be able to be clear because the current system has various scholarships that have different and varied eligibility requirements,” Diaz said during a meeting of the Senate Education Appropriations Subcommittee last week.

The panel advanced the measure on a 6-3, party-line vote, after it was approved by the Senate Education Committee last month. It needs approval from the Appropriations Committee before it can go to the full Senate. The House has not started moving forward on the issue, but it has strongly supported voucher programs in the past.

“We’re huge believers in school choice in the Florida House,” Speaker Chris Sprowls, R-Palm Harbor, told reporters last week. “You certainly will see a continuation of choice policy. We’re looking at the various proposals that have been offered by the Senate to see what seems to make sense and continue to evaluate it through the committee process.”

Diaz’s measure would allow parents to spend the education savings account money on private school tuition, but also digital devices like iPads and internet access, as well as hiring tutors or on specialized therapies.

One existing voucher program, the Gardiner Scholarship Program for students with special needs, has allowed parents to use flexible spending accounts for the better part of the last decade. Diaz has repeatedly argued that experience shows the state can handle providing such accounts on a much-larger scale.

The proposal has won support from school choice proponents and conservative groups such as Americans for Prosperity-Florida, which recently launched a six-figure advertising campaign touting the “flexibility” of education savings accounts.

“What’s great about ESAs (education savings accounts) is it empowers parents more. ... It opens it up to more schools, if somebody wants to go to a different school than what’s currently allowed under the Tax Credit Scholarship, they have that ability,” Skylar Zander, the Americans for Prosperity state director, told the News Service of Florida.

“It just gives people the ability to not just do the core functions of the per-pupil funding, but also those extra things like tutoring, which is essential for children to learn,” Zander said.

Americans for Prosperity partnered on the advertising campaign with the LIBRE Initiative, a group “dedicated to informing the U.S. Hispanic community about the benefits of a constitutionally limited government.” The effort includes a Spanish-language radio ad to run in the Miami area.

Zander said allowing families to make decisions on how to spend state-allocated education funding would open up options that only higher-income families can afford.

“During the pandemic, you saw the emergence of home pods, or micro-schools. And essentially what that was is parents got together, in groups of three, four, five students, and they hired a private teacher at their own cost. Now, that’s something easy that upper-middle class and upper-class individuals would be able to do. But why can't education do that for folks who are not as privileged?” Zander said.

But vouchers have long been one of the most-controversial issues in Florida’s education system, and opponents criticize education savings accounts and other parts of Diaz’s plan.

“This attempt to dramatically expand vouchers, whether you call it educational savings accounts or scholarships — they're vouchers. These are voucher programs designed to really do education on the cheap, and to divert dollars away from our public schools. It’s just the new term,” Spar said Tuesday.

Spar pointed to issues in the bill such as allowing home-schooled students to use taxpayer-backed vouchers.

“What’s scary about it in some respects is, it really is about kicking the door open on this privatization of our public schools, in which they include home-schooling in addition to religious private schools, in addition to other methods, tutoring and such, as a way to try and lure more people into this idea of this so-called school choice,” Spar said.

“Does the FEFP allocate funding for home-school students today?” Sen Audrey Gibson, D-Jacksonville, asked, referring to the Florida Education Finance Program, which is the main funding system for public schools.

“Not that I’m aware of,” Diaz responded.

Arizona has had what the state calls “Empowerment Scholarship Accounts” available for certain students for about a decade. Its lawmakers are considering a proposal to greatly expand eligibility for the program.

“Arizona adopted ESA’s before I moved to the state, and it was in 2011. Arizona was the first state to enact an ESA policy, and at the time, it was only for students with special needs,” Jason Bedrick, director of policy at EdChoice, a nonprofit geared toward advancing school choice.

Other groups of students have been added, such as students assigned to low-performing public schools, students living on Native American reservations, students in the foster care system, children of active-duty military personnel and children of police officers who have been killed in the line of duty.

The Arizona legislature is considering opening eligibility to students who “reside within the attendance boundary” of a Title 1 school, a move that could grow participation exponentially. Title I schools serve large numbers of low-income children.

“Some people have been calling it things like ‘school choice 2.0.’ We’ve been saying it’s the move from ‘school choice’ to ‘education choice,’” Bedrick told the News Service. “Education is not just about a building that we call school. There’s a lot of education that can take place outside a traditional classroom.”