After a year without cruise tourists, some ports are questioning if they want them to ever return

Cruises are still months away from resuming, but once they do, things will be very different. Those differences will be found beyond the full-service buffets and improved air sanitation onboard; in fact, many ports are questioning if they want to return to the pre-pandemic way things were.

As ships grow larger and cruising becomes more popular, cruise ports the world over have struggled with overtourism. Even prior to the pandemic, destinations like Venice, Barcelona and Boracay moved to lower the number of cruise passengers stopping at their ports. 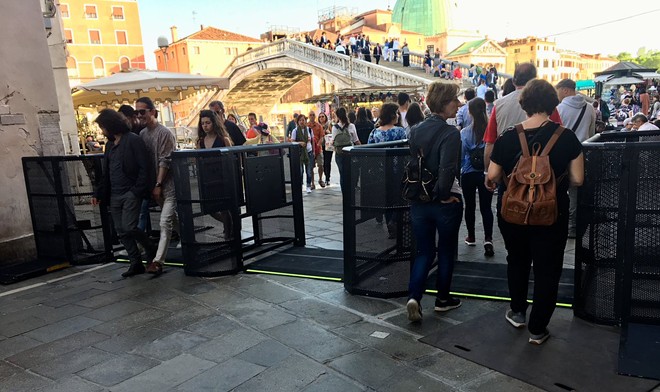 The trend has rapidly spread since the pandemic all but shut down tourism in most places.

Speaking at an event announcing an expansion of the Aster Cayman medical city, Cayman Islands Premier Alden McLaughlin explained that the nation was trying to move beyond its reliance upon the cruise industry. “We’re trying to diversify the whole tourism industry. What I foresee, certainly if we [the People's Progressive Movement party] retain [control of] the government, is less focus on growing cruise tourism. I think we have a very clear signal from just about every source that the great numbers that we’ve had since the cruise industry began in earnest and have always been the objective.”

He went on to say, “We can survive without those large numbers,” adding, “We need more balance and to not overwhelm the systems that we have.”

Other ports are also looking at ways to ensure the overtourism that overwhelmed their communities doesn’t return. Last year, Key West voted on three measures to limit the number of cruise passengers to the Florida city. Despite the majority of Key West voters approving those measures, Florida Republicans have signaled they may look to block them from happening, just as they overturned local initiatives in Orlando, Miami and other progressive-leaning communities.

Bar Harbor, Maine, is moving forward with reviewing guidelines similar to those in Key West with the goal of voting the policies by mid-year. With cruising now at a standstill, some destinations are seeing just how much — or how little — cruise passengers actually impacted the local economies.

Pointing to the pandemic, Premier McLaughlin said, “There’s a silver lining wherever you look hard enough for it, and having had to do without cruises for a year has told us what the consequences of that are.” He also said that speaking with business leaders and those in the community, it was clear that “we don’t want to go back to the large numbers of visitors that was the case [before the pandemic].”

The drop in tourism has been felt across the Caribbean, but the International Monetary Fund predicts a 6.2 percent drop in GDP with visitor numbers being almost nonexistent.

Part of this may be due to the smaller financial impacts that cruise passengers have compared to multi-day visitors. A study in 2018 for the Florida-Caribbean Cruise Association found in the Cayman Islands an average cruise passenger spends $105.17. That was high compared to some other ports. At Mexico’s Puerto Chiapas, passengers spent just $34.32 on average. Of the 36 destinations the report looked at, the U.S. Virgin Islands was the highest, with an average of $166.42. The study found for the 2017/2018 cruise year, the 36 destinations saw a combined “nearly $3.4 billion in direct expenditures, 79,000 jobs and $903 million in employee wages” from the cruise industry.

For comparison, in 2018, the Las Vegas Convention Center alone generated $385.5 million in wages. When expanded to include indirect and induced impacts, the Las Vegas Convention Center had a regional impact of $2.2 billion, with $589.6 million in wages. An average Vegas convention-goer spends $1,020 per trip, with an average leisure visitor to the desert city spending $821.

The numbers are even higher in Orlando, with an average convention-goer spending an estimated $2,229 with an average stay of just over two nights, according to a 2018/2019 report by the convention center. Visitors to Orlando, on average, spend six times more than cruise passengers in the U.S. Virgin Islands.

Before the pandemic, small ships were already the new trend, with everyone from Virgin to Ritz-Carlton announcing yacht-inspired vessels. The focus then was on the improved passenger experience such ships can offer. Still, as ports reflect on the overtourism they previously faced, they too seem interested in these smaller boats. As more places push away the larger ships, these smaller ones may become the only option if a visitor wants to take a cruise to certain destinations. Some of the companies behind the smaller ships also encourage longer stays in port, allowing for passengers to experience the port's dinner and late-night offerings.

Cruise companies have responded to restrictions like the ones in Key West by switching out those destinations with stops at other ports of call, including their private islands. After the three initiatives in Key West were approved, Royal Caribbean replaced visits to the Florida city with ones to its private island, CocoCay.

There are plenty of signs of pent-up demand for tourism post-pandemic. Just where all those tourists will be headed, though, is still unclear.