Florida had one of the smoothest elections of 2020, so why do our GOP leaders want to restrict voting by mail? 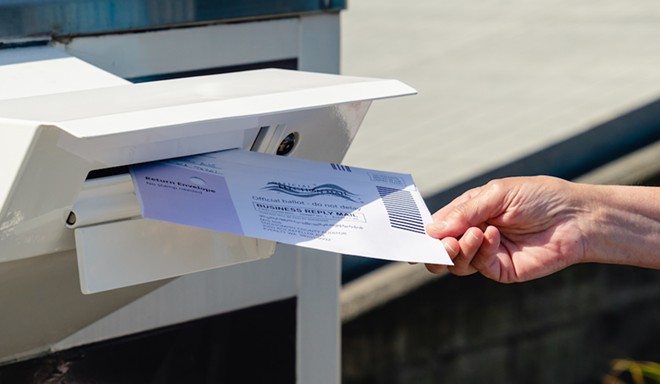 Florida, by most accounts, ran a successful 2020 election.

Unlike other states where ballot wars continued for weeks, Florida voters went to bed on Election Night knowing who won all but the closest races.

But amid Republican efforts across the country to revamp vote-by-mail systems, Gov. Ron DeSantis and other Florida GOP leaders are calling for a series of changes to the elections process during this year’s legislative session.

Part of that will play out Wednesday when the Senate Governmental Oversight and Accountability Committee will take up a bill (SB 90) that would require voters to more frequently request vote-by-mail ballots.

Bill sponsor Dennis Baxley, R-Ocala, has said the change would help improve the security of the vote-by-mail process, citing concerns about issues such as people moving frequently and ballots going to their old addresses.

“This bill gives vote-by-mail security and choice,” Baxley said during a Senate Ethics and Elections Committee meeting last month. “This is a good bill. … I feel sure that you’ll be pleased in the long run, despite your fears and concerns. It’ll work better.”

But Democrats contend the bill would hurt voting by mail, which Democrats used heavily in the 2020 elections.

“This is clearly going to reduce vote-by-mail in Democratic counties. … And so, I can’t support this. I’m sorry that I even have to take it there, but it’s disheartening to look at this for what I see it is,” Sen. Randolph Bracy, D-Orlando, said during the meeting last month.