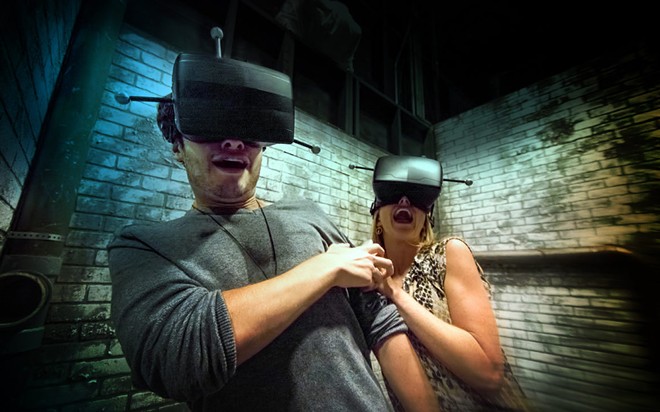 Since being added in 1993, Disney’s Carousel of Progress's last scene has promised a future where families gather around the voice-activated kitchen appliances and play video games together via virtual reality headsets. Now, nearly three decades later, that scene is finally being realized in houses across the globe. Virtual reality is quickly becoming a cornerstone of entertainment, both in-home and out-of-home.

Earlier this year, Universal Studios Japan debuted the first major attraction to feature augmented reality. Simultaneously, other immersive tech has become a mainstay at attractions large and small in recent years. The introduction of virtual, augmented, and other immersive technologies have been met with excitement by artists, entertainers, and storytellers who are now envisioning new ways to engage with audiences.

At a recent virtual expo, ShowUp, immersive technologies expert Leila Amirsadeghi laid out where the industry is headed. Amirsadeghi said a new chapter is beginning in the industry, one where the dominance of fantasy worlds and sci-fi-themed games is challenged by the plethora of narratives found within our actual reality.

Until now, the vast majority of immersive and extended reality technology has been relegated to video game-like experiences, mostly built around basic premises. Even as family entertainment centers (FECs) and arcades have begun adding the technology to their lineup, the experiences guests are offered still feature a heavy reliance on shooting zombies, dinosaurs, or other players. But Amirsadeghi points to more recent uses of immersive technology to evolve the technology beyond glorified laser tag.

In speaking with Orlando Weekly, Amirsadeghi expanded upon her thoughts first shared at the virtual expo and showed why it’s important for FECs and other venues to be more conscientious about their offerings. She pointed to different storytelling experiences, such as theatre, as a better way to understand where immersive technology is headed.

“There are companies whose model is on scalable, repeatable products that land in multiple arcades and locations versus, you know, approaching it as a theatrical model. You create experiences that are then ticketed and short-lived. They're not permanent installations. They're not permanent attractions per se, they're more pop-up experiences that come through like the theatre.”

Like other technologies, the pandemic may have helped us leapfrog forward in the use of immersive technologies. Amirsadeghi believes that the technology that allowed a large portion of the population to shift to at-home working via remote presence will likely stick around long after the pandemic has subsided. The use of telepresence and mixed reality technologies over this past year has provided a familiarity with what these technologies are capable of.

“The familiarity with the technologies will continue to increase as adoption goes, and I think we'll see more of these used as tools, whether it's at home or it's out in other locations,” explains Amirsadeghi. “Entertainment, education, and all of it are going to grow. It's just going to continue to grow.”

Christopher Stapleton agrees. He founded a laboratory at UCF focused on experiential media and co-founded the Virtual World Society. Recently he worked with a group of homeschoolers in the mid-Atlantic to bring an educational VR experience, Traveling While Black, to nearby family entertainment centers.

“The home is getting more sophisticated, but also you’ve got a lot of more sophisticated technology available for these venues. But on the same token, are they meeting up with it? With Traveling While Black, what you have is a content piece that was not made for FECs. But they realize they need better content,” explains Stapleton. “This is where you're going to have a convergence of media and venues with creators and collaborators that can mix and match together to create all new opportunities. So, you're going to have a lot more now that you have a more bottom-up kind of entrepreneurship or social entrepreneurship along with the ability to crowdsource materials and content.” 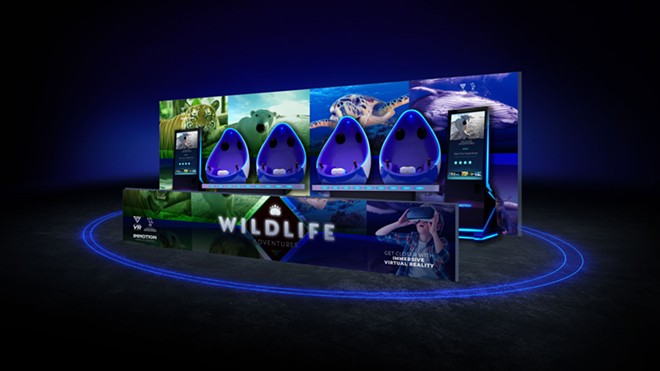 Stapleton argues that it is not FECs and arcades that need to review their use of immersive technologies, but also museums and institutions traditionally focused on educational offerings. The fusion of education and entertainment is decades old, with Orlando’s EPCOT being one of the most ambitious attempts at it. Aquariums and zoos have begun adding VR experiences, typically as an upcharge, to enhance their offerings, but other educational-focused institutions have been more hesitant.

Even while traditional art museums have been resistant to change, other groups, like Meow Wolf and teamLab, have become international sensations for their showcasing of technology-forward interactive art. Meow Wolf’s latest attraction, Omega Mart in Las Vegas, relies heavily on projection mapping, as do many of teamLab’s displays. Like augmented reality, projection mapping allows for a manipulation of how guests perceive the physical world.

That shift in perception is at the forefront of the new wave of edutainment offerings advocated by Stapleton and Amirsadeghi. The immersion provides a more captivating experience than is typically found via a single screen, such as a movie theater.

“Immersive tech is very visceral and very influential,” explains Amirsadeghi. “In many ways, it can change a person. Because of the visceral nature, you're able to walk away with the knowledge, whether you realize it or not. The experiences integrate in the body versus being audiovisual. That gives us a platform to be able to bring people into experiences that are more than just entertainment.”

One such program to harness this ‘visceral’ nature is Alejandro G. Iñárritu’s Carne y Arena. Guests enter through what looks to be a U.S. Border Patrol holding cell. Once they’ve removed their shoes and signed a release form, they’re harnessed with a VR headset to watch an immersive short film focused on immigrants attempting to enter the U.S. through the Sonoran Desert. In one scene where immigrants, including children, encounter U.S. Border Patrol agents, special effects in the room enhance the experience's immersive nature. After the film, guests enter a final room filled with video testimonials from migrants. The film was the first virtual reality project to be included in the Official Selection at the Cannes Film Festival, and versions of it continue to tour North America and Europe.

Stapleton pointed to a study last year that found a third of museums may close due to the ongoing issues related to the pandemic.

“One of the things our team has been working on is looking at this opportunity of crisis stimulates innovation.” Continuing, he pointed to the ability for immersive technology as “a format that can be in a museum that can ebb and flow between an individual group experience, and in an infinite story in a finite space.”

In a similar vein to how entertainment and education are now intersecting, Stapleton believes family entertainment centers and cultural venues should also be viewed as adjacent, and overlapping, in their role to the communities they serve. To Stapleton, the role of immersive and extended reality technologies in education is a natural fit. “The research I did at the University of Central Florida, right after I left Islands of Adventure, was this whole aspect of looking at experience, particularly looking at ‘what is entertainment and what is education?’ We spent a lot of years developing an instructional strategy that looks at the basic heuristics of entertainment, the story-playing game, and the basic foundation of experiential learning. We realized that they coupled perfectly together.”

Like Amirsadeghi, Stapleton points to how these immersive experiences can cause emotional triggers rarely seen in legacy technologies. The ability to fully envelop the viewer in the experience provides an opportunity for them to understand the story in ways that traditional video simply can’t while being far easier to develop than the full mock-ups that some museums have turned to.

He pointed out that both cultural venues and FECs frequently target the same demographics and, to the visitor, often serve a similar role as a place for out-of-home entertainment. But he says, “both industries drink their own Kool-Aid, so they have innovation blindness. They never look outside of their own box. But there are a lot of valuable lessons that can crossover. Now with [the rise in] experiential learning and technology, the world is becoming a theme park. And so, all these FECs are becoming little theme parks, but all the in-between spaces are also doing that.”

With more artists and curators looking to use immersive technologies to develop to tell the stories unique to their communities, it's expected that more opportunities for collaboration, both between artists to venues and between venues themselves, will provide evermore unique experiences. Stapleton points to community-led museums and smaller towns where a museum or an FEC may offer the only out-of-home entertainment available in the area as potential leaders in this next wave of immersive storytelling.

In her presentation at the expo, Amirsadeghi showed examples of fantastical-like creatures that can be found all around us. She also pointed to the numerous stories in our communities that are yet to be formally shared. Stapleton shared the sentiment. He pointed to the recent push to better recognize Black voices and stories in American culture. “There's a whole lacking of content. There's a whole lacking of opportunities. A whole lacking of facilitating these stories. We've only been telling the fairy tale of history that’s from a very biased and privileged point of view. And there's all these lost stories and forgotten dreams of a culture that we have suppressed for hundreds of years that is so rich and so beautiful and so enticing.” Pausing for a moment before continuing, “there's huge work ahead of us.”