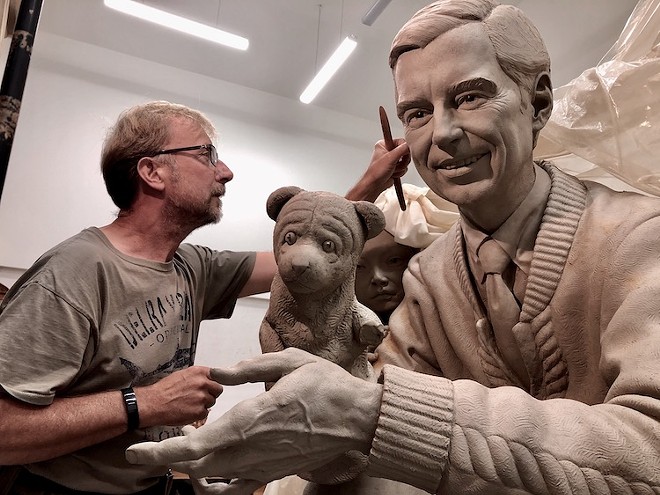 In more Rollins College-related construction news, notable Rollins alum, public television persona and all-around decent man Fred Rogers will be the subject of a piece of public art on campus later this year.

The bigger-than-life statue — destined to be one of the few dedicated to a white man that will not be pulled down in the near-term future — is currently under construction.

Dubbed "A Beautiful Day For a Neighbor," the over 7-foot tall behemoth sees Rogers, beatific smile in place, surrounded by a small crowd of children, and most of the crew from his television Neighborhood close at hand — from Daniel the Tiger to King Friday to the incomparable Lady Elaine Fairchilde. The statue was designed by British artist Paul Day.

Day is currently hard at work on the statue in France, with an anticipated completion timeline of May.

Rogers' history with Rollins goes back many years. Rogers was a student there, graduating with a degree in music composition in 1951. Rogers met his future wife, Joanne, there. Even after his ascent to public television godhood with his iconic Mister Rogers' Neighborhood program, he was still a familiar face in the Rollins neighborhood, popping up on campus unannounced and disappearing just as quickly.

Though Rogers passed away in year his presence still lingers at the school; Rogers' personal archives are the the Olin Library and a painted portrait of the man hangs in the Tiedtke Concert Hall.

Over/under on Animal House-style pranks centered around the statue? Who can say … 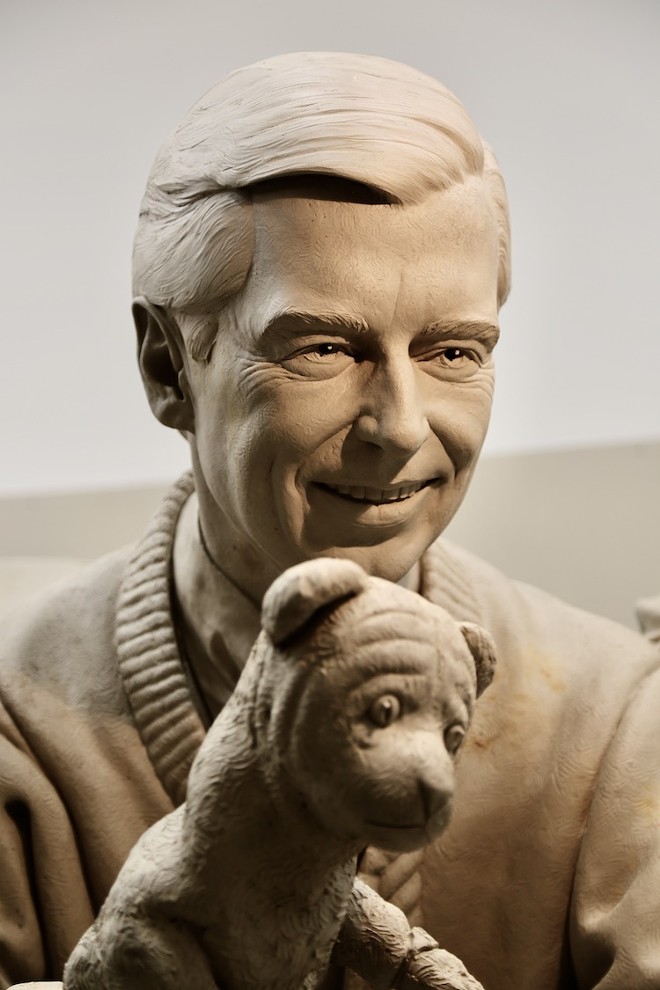