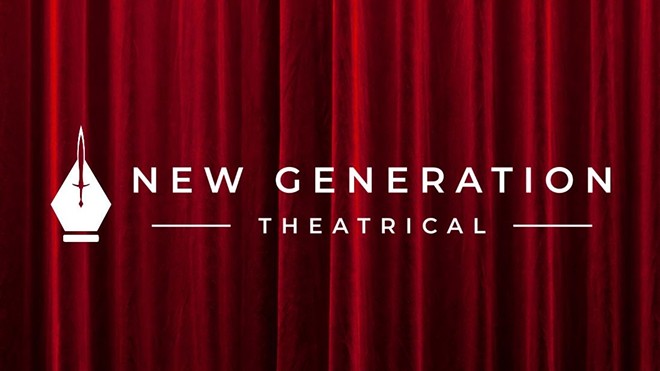 The Bandcamp model is coming for the theater.

Orlando-based nonprofit New Generation Theatrical just announced their platform, which allows playwrights, actors and other theater folk to upload their productions and charge a fee for audiences to watch virtual screenings. The group promises to guide the less savvy through matters of ticketing and how to create interactive elements for the virtual stage shows.

How it works is fairly simple. A theater company uploads their completed filmed production to the website. For handling the ticketing and hosting, New Generation Theatrical takes a cut of ticket sales and merchandise (25% and 15%, respectively).

Interested auteurs can submit a show idea using a form on New Generation's website. While they appear game to help with all the technical aspects, they do ask that shows handle their own filming. The theater currently has three shows running: a themed monthly cabaret, a gay send-up of the creation of the King James Bible, and a satire of the founding fathers. All three productions are charging $5 per ticket.

Many productions have moved online in the wake of the coronavirus pandemic. Concerts have gone to every platform with video and pandemic necessities have created new story-telling modes and wrinkles. New Generation seems to be something a bit new, pitching itself not as a necessary change in a planned stage production but a fully virtual venue that is intentionally online.

The Gist theater plays the internet