Air travel may be more dangerous to your health than you realized, but there's a push to change that 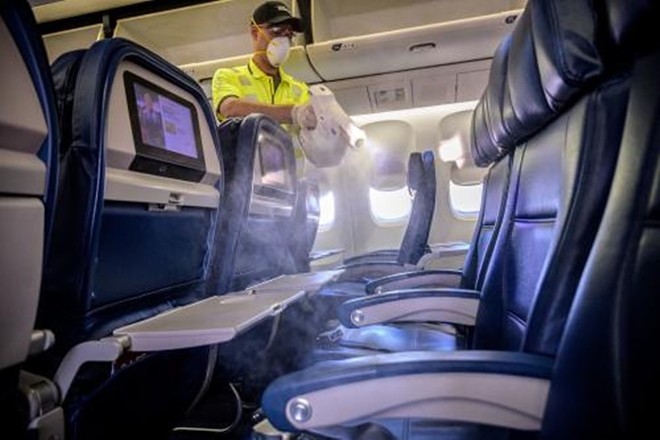 Just as the 1918 pandemic caused a heightened awareness of hygiene that lasted well past the pandemic, the current health crisis has generated an increased understanding of the importance of fresh indoor air. As businesses begin to reopen, there’s a new focus on improving air quality. This focus is especially true for locations that consumers may not have visited over the past year, such as movie theaters, hotels, and airplanes.

From cruise ships to co-working spaces, nearly every venue has committed to improved air filtration systems. This isn’t anything new for airlines; most already used hospital-grade systems. That wasn’t enough to stop the spread of COVID-19 on flights, with multiple studies showing flights as a likely spreader event.

Since those studies were released, airlines have worked hard to assure the public that air travel is safe. That has included multiple high-profile incidences where unruly anti-mask passengers were escorted off planes after refusing to comply with the new safety measures.

Increased cleaning practices and improved onboard air filtration were rolled out last year to combat COVID-19. While other measures, such as physical distancing and back-to-front boarding, have since been halted by most airlines, many other health measures remain in place. But even with improved health measures, a new report showcases other air quality dangers faced by passengers.

During the 2021 Aircraft Cabin Air Conference, which took place online last week, multiple industry experts expressed concern regarding the lack of filtration for bleed air. Pulling air from the engines and distributing it within the aircraft, bleed air is vital in ensuring aircraft safety. Air which is pushed to the fuselage is filtered to ensure no combustible chemicals enter the tanks. Conference leaders maintain that similar filters are needed for the air, which is distributed within the cabin itself. According to these officials, current air filtration systems do not filter out chemicals coming from the engines, such as engine oils and hydraulic fluids. All passenger jets, apart from Boeing 787, use the bleed air design now in question.

One 2017 study concluded that ""[a]ircraft air supplies contaminated by pyrolysed engine oil and other aircraft fluids can reasonably be linked to acute and chronic symptoms." It went on to state "[t]here is an obvious need for a clearly defined internationally recognized medical protocol, occupational syndrome and disease recognition, and health and environmental data collection."
At the conference, data was reviewed that looked at IAQ levels throughout multiple flights. Scientists, crew representative bodies, and government officials took part in a poll that found 94 percent favored more stringent bleed air filtration and onboard sensors to monitor for air quality issues. Airline crew union representatives, who have been advocating for more stringent air quality checks on planes for years, renewed those efforts at the conference, endorsing the Global Cabin Air Quality Executive’s (GCAQE) ‘Clean Air Campaign,’ which launched last month.

“Although aviation is the safest form of travel statistically, it is time for EASA [European Union Aviation Safety Agency] and the FAA to take steps to protect crews and the traveling public from contaminated air exposures and enhance flight safety. The technology is there to do it, airline crews globally want it, passengers expect it and air accident departments have been calling for it for over 10 years,” explained Conference Director Captain Tristan Loraine.

The efforts are similar to ones now being implemented on cruise ships and in hotels. 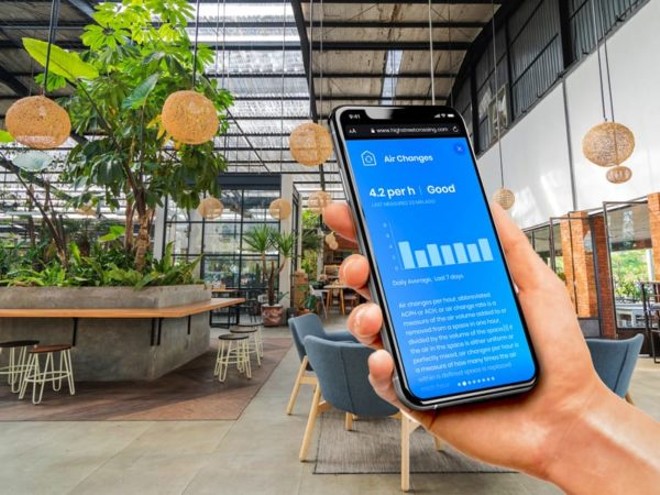 In recent months multiple new programs have been rolled out to clean, monitor, and report IAQ at hotels. One such program by Carbon Lighthouse provides guests real-time data on the hotel's air quality via a custom app. A study by the company found 76 percent of respondents say they would like to see IAQ information on buildings they’re entering, 52 percent stated they would pay more to stay at a hotel that had better IAQ.

Cruise ships have also begun monitoring their onboard air quality. On Virgin Voyages’ new ship, Scarlet Lady, there are multiple IAQ monitors, and crew members can receive notifications regarding air quality. The air monitors and improved air purification on Scarlet Lady was a retrofit that occurred in response to COVID-19, but it will ensure all air quality issues are quickly addressed moving forward.

So far, airlines have yet to go to these lengths, instead pointing to prior IAQ reports that showed air travel to be mostly safe.

“The industry has achieved so many great things in the last 50 years. It has taken numerous steps to enhance flight safety, explained Conference Director Captain Tristan Loraine. “Conference attendees made it very clear they now need to resolve the contaminated air issue.”