It's time to meet a Muppet: Sesame Street's Julia coming to SeaWorld for Autism Acceptance Month 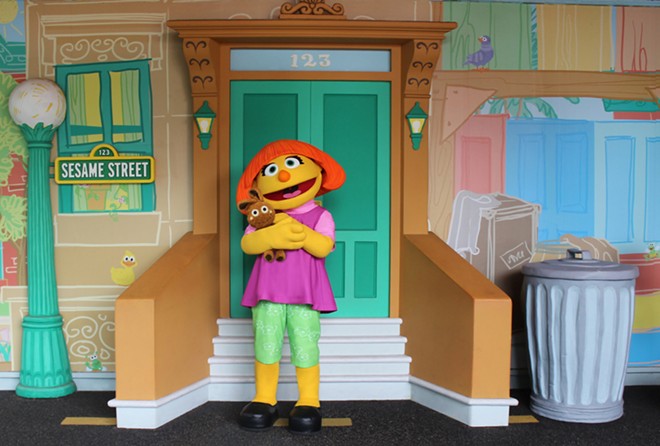 SeaWorld's Sesame Street Land is getting a new resident. Julia, a Muppet who was added to the foundational children's television series back in 2015, will be around the Orlando park for the month of April. Julia's addition is timed to coincide with Autism Acceptance Month.

The character of Julia has autism and was added to the cast as part of a partnership with autism advocates. At the time, she was first new Muppet added to the series in a decade.

Kids will get the chance to meet and greet the Muppet throughout the month of April. Starting April 2 and running through the 30th, Julia will appear at the park throughout the day.

Sesame Street Land was a bit of a pilot project for SeaWorld's upcoming park in San Diego. Though the opening date has been postponed to 2022 amidst the coronavirus pandemic, the primary-colored offshoot of SeaWorld was a proof-of-concept for a larger kid's park out west.