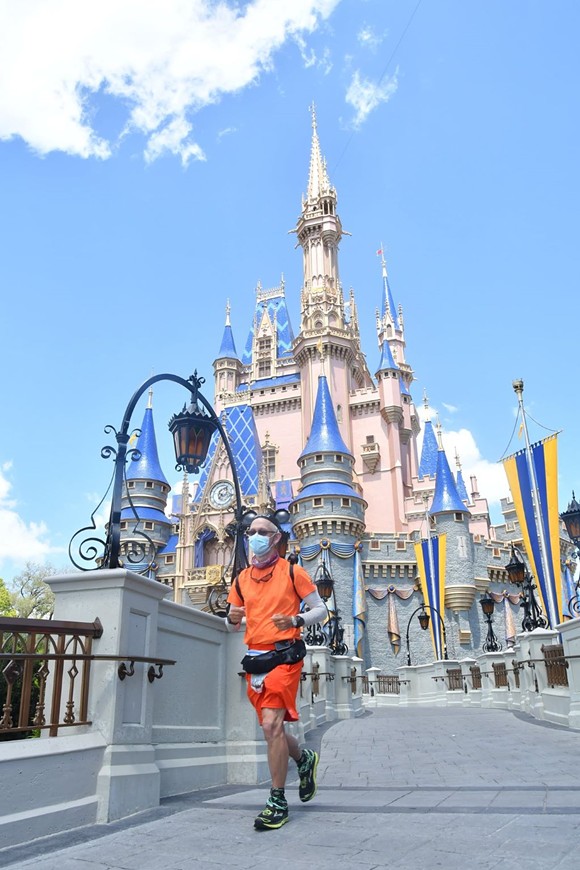 A 59-year-old Texas resident finished a run from Disneyland to Walt Disney World on April 5, becoming the first person to ever complete the cross-country trek.

Don Muchow, an ultrarunner and Ironman, has been insulin-dependent and a Type 1 diabetic for 48 years. After years of completing various Ironman races and marathons, he decided to go on the 2845-mile journey from the Pacific to the Atlantic to raise awareness around his condition.

Muchow said in interview with News 6 that a friend suggested he run from Disneyland to Walt Disney World, when Muchow mentioned the transcontinental run.

"A little lightbulb went on in my head and I said 'I don't think anyone's ever done that — let's go look it up,' and no one had. So to me it made it special, to kind of help fulfill a dream of his and it's always been a dream of mine to run across the country," Muchow said.

According to his website, Muchow said his fear of low glucose levels while working out kept him from being active, as doctors and teachers told him to avoid exercise as a young diabetic. By the early 2000's Muchow was fifty pounds overweight, diabetic, and worrying about future complications.

Taking his health into his own hands, Muchow started out his running journey with a five-minute workout on an elliptical trainer and eventually worked his way to a 5k run.

"Much to my surprise, I did not die or end up in the ER. I started to believe that anything was possible, if I sweated the T1 details," Muchow said.

Muchow told News 6 he hoped that his journey would inspire other diabetics.

Muchow is planning on finishing the 2845-mile run from Newport Beach to Indialantic Beach on Wednesday, closing the run by dipping a foot in the ocean.