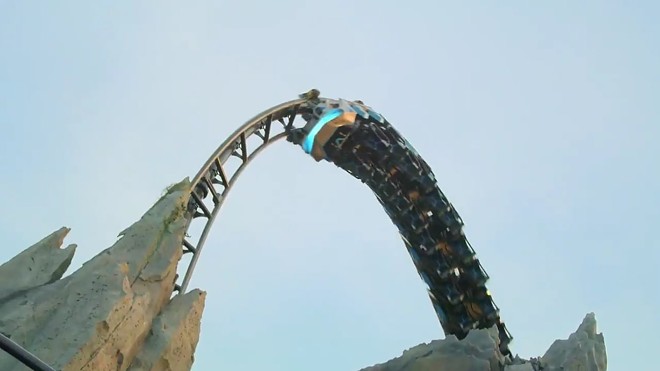 Universal Studios shared the opening date for its latest ride built around the Jurassic Park franchise. The Jurassic World Velocicoaster will open to the public on June 10.


The outdoor coaster appears to be themed around a hunting pack of velociraptors, who seem to escape and get into mischief in just about every Jurassic Park film. Universal Studios' sister park Islands of Adventure has featured a Jurassic Park ride since it opened. The Jurassic Park: River Adventure famously includes a jump scare based around escaped raptors and a suspiciously shaking crate.

The new coaster sits on land formerly occupied by the Triceratops Encounter attraction. That exhibit closed all the way back in 2014, and has sat empty ever since. The replacement is touting itself as the fastest coaster in Florida with the tallest launch, and has been in the works for several years.  Aerial footage of test runs captured earlier this week give some idea of what to expect.